Exercising before breakfast may have more health benefits than waiting until after the meal to get moving, according to a study published in the Journal of Clinical Endocrinology & Metabolism in October.

Researchers led by Javier Gonzalez, a physiologist at the University of Bath in England, conducted the study on a group of 30 overweight, sedentary men. One group drank a carbohydrate-laden vanilla shake for breakfast two hours before moderate cycling, while another group drank it after the same exercise. Both groups exercised three times per week. A third group was given the carb-rich drink but did not work out.

While riders in both cycling groups burned about the same number of calories each time they exercised, those in the group that worked out before drinking the shake burned about twice as many calories from fat per ride as the ones who had the shake beforehand. After the six-week study, members of the exercise-before-meal group also had improved insulin sensitivity, which lowers the risk of diabetes. People in both exercise groups had improved cardiorespiratory fitness compared to those who did not cycle, according to the study.

Exercising before breakfast may have burned more fat because fatty acids can fuel cells if glucose isn’t available, such as after a time of fasting when blood sugar is low, according to Runner’s World. While exercising before breakfast takes advantage of overnight fasting, similar results might be possible by abstaining from food at another time. “We believe that the key is the fasting period, rather than the time of day,” Gonzalez tells The New York Times. 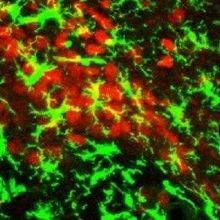 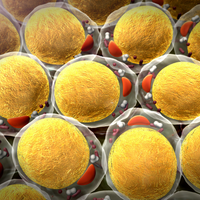