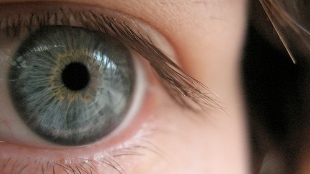 After the pioneering stem cell company Geron, which launched the first-ever clinical trial for a human embryonic stem cell (hESC) therapy in 2010, shuttered its stem cell program last November for financial reasons, a shadow fell over the field of stem cell medicine. But yesterday, optimism rose as the stem cell research company Advanced Cell Technology (ACT) published in The Lancet preliminary data from two human patients, each with a different degenerative eye disorder, showing safety and perhaps even some efficacy of an hESC treatment.

“This is a milestone that will offer tremendous encouragement to the field, and promises hope for many families,” said George Daley, director of the stem cell transplantation program at Children’s Hospital Boston who was not involved in the research, in an email to The Scientist. “But these are still very early days of an uncontrolled and unblinded trial, and we...

ACT currently has two clinical trials in the US to study hESC therapies underway, and both are treating degenerative eye disorders. Dry age-related macular degeneration and Stargardt’s macular dystrophy, the former affecting older adults and the latter a genetic disorder affecting children, both lead to blindness and originate from the breakdown of a one-cell-thick protective layer under the retina called the retinal pigment epithelium (RPE).

Replacing this RPE with a fresh layer of stem cells to halt disease progression was the goal of ACT’s Chief Scientific Officer Robert Lanza and his colleagues from the Jules Stein Eye Institute at the University of California, Los Angeles. They induced hESCs into early-stage bone and nervous tissue cells, which then differentiated into retinal epithelial cells with more than 99 percent purity. Around 50,000 of these dissociated cells were injected under the retina of two patients, the first from each trial: a woman in her 70s with dry age-related macular degeneration, and a middle-aged woman with Stargardt’s, both of whom were legally blind.

After 4 months, the researchers observed that the RPE had been replaced physically, and asked the women to perform some basic tests such as reading an eye chart to measure their vision. “There was structural evidence to confirm that cells were able to survive and persist throughout the study, and measureable improvement in their vision,” Lanza said. Regarding the visual improvement, he noted that “there could be some placebo component, but clearly there’s a biological component as well.”

Lanza will begin treating more patients in the coming weeks, for a total of 12 per early-stage trial, and treated the first patient in a similar European trial last week. Though the results are promising so far, there are still many challenges ahead for the stem cell community because the eye, in many ways, is an alluring testing ground for stem cell therapy. Most obviously, the eye is easily accessible and visible, and thus “can be operated on very easily” compared to internal organs in case anything goes wrong, said Sheng Ding, a stem cell biologist at the Gladstone Institutes who was not involved in the study. The eye is also an immune-privileged site in the body, along with parts of the brain and central nervous system. Few pathogens troll the brain, said Ding, so the immune system has little presence in the area and doesn’t cross the blood-brain barrier from the body to the eyes and brain. This makes immune system rejection, the Achilles’ heel of most hESC therapies and organ transplants, a non-issue, and the first two patients in the ACT trials were taken off of preemptive immunosuppressant drugs after just 6 weeks.

Working with the eye also evades another major risk of stem cell therapy: tumor formation. Tumors can form if undifferentiated stem cells are accidentally injected into a patient along with the derived cells of interest, and then differentiate within the body to form a small tumor resembling malformed tissue called a teratoma. Most stem cell therapies require tens or hundreds of millions of cells to be injected into the body, said Ding, increasing the chances that a few undifferentiated cells could sneak through quality control and turn cancerous. But because replacing the retinal epithelium only requires 50,000 cells, the risk of teratoma formation decreases significantly. Just to be sure, however, ACT does employ an assay that can detect one undifferentiated cell in a million, said Lanza.

But these two patients still need continued surveillance for teratoma formation, argued Ding. If just a few undifferentiated stem cells are injected, “you may not see [an effect] at all, or you may be able to see it over a much longer period of time,” he said. The 4-month follow-up received by the trial patients thus far is “very short in this regard, and I think the patients need a much, much longer-term follow up to make sure there’s no tumor cells.”

But Lanza is hopeful that the news, however preliminary, will provide the stem cell field the boost it needs after losing the Geron trial. The trials in the eye “definitely pave the way for other pluripotent stem cell therapies,” he said. “The fact that these pluripotent stem cells can be differentiated, go into the eye, and behave well—knock on wood—has significance for the entire field.”