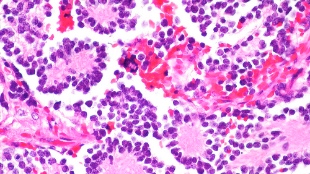 Fasting can protect cells from stress and damage, such as oxidation or radiation, and has been found to protect healthy cells from chemotherapy. But can the practice also help fight cancer?

There is now evidence to support this idea, from research on cancer models of yeast and tumor-ridden mice, published today (February 8) in Science Translational Medicine. Starved organisms survived longer when treated with chemotherapy than those on a normal diet, and healthy cells were less likely to sustain damage.

“This ability to think about adding fasting in combination with chemotherapy is obviously exciting, and it definitely adds something to the arsenal of what we can do,” said Trudy Oliver, who researches cancer resistance at the University of Utah but was not involved in the study.

Initial results in cancer-mimic yeast and cancerous mammalian cell lines provided Longo with evidence that starvation slows cancer growth and also enhances healthy cell survival when faced with chemotherapy. These results encouraged Longo to move into mouse models. “If it doesn’t change from yeast to mammalian cells, we figured that it is something so conserved and fundamental it’s going to apply to humans too,” he said.

Longo's team studied a variety of mouse models. Mice were injected with both human and mouse cancers, including breast cancer, melanoma, and the nervous system cancer neuroblastoma, among others. The researchers also tested several types of chemotherapy drugs. And each experimental combination was subjected to three treatments: just fasting, by being given only water for 48–60 hours prior to treatment, just chemotherapy, or fasting and chemo together.

Results varied by cancer type and treatment, but overall the combination of fasting and chemotherapy reduced cancer growth significantly, and starved mice survived far longer than their non-starved counterparts. For example, melanoma metastasis was found in 40 percent of mice given just chemotherapy, 20 percent under starving conditions alone, and 10 percent of mice that underwent chemotherapy and fasting.

“The surprising part was that, for several cancers including breast cancer, fasting cycles alone were as good as chemotherapy,” said Longo. “We expected some delay but not an equivalent effect.”

Gene expression assays and molecular analyses suggested that, in cancer cells but not healthy cells, fasting and chemo together induce a 20-fold increase in DNA damage, an increase in oxidative stress, and higher incidence of cleaved caspase 3, a protein that induces cell death.

Longo hypothesizes that, while normal cells are well-equipped to deal with starvation by slowing their metabolism to just essential activities, cancer cells “became better at growing and growing and worse at adapting to new conditions.” When cancerous cells are faced with a hostile environment, such as starvation, they become weak and shut down. “And, when they become weak, chemotherapy has an easier time,” he added. However, he emphasized, this is still a hypothesis.

While Oliver finds the results “provocative,” she would like to see the molecular mechanisms fleshed out more, especially because the pathway is so “counter-intuitive.”

“You might think it would work the other way: that chemo is not going to work as well anymore if you slow down cancer growth,” she said. Future studies should try to elucidate the mechanism and study the phenomenon in more in vivo cancer models to “show us the effect directly on proliferation as a result of that fasting,” she added.

There are already three clinical trials— one of which is at the University of Southern California—underway studying the combination of fasting and chemotherapy in human patients.

Longo suspects that the human equivalent of 48–60 hours of mouse fasting is about five days, based on glucose and growth factor concentrations. Five days is a long time, noted Oliver, and fasting “may be rough for cancer patients who are already going through a lot.” But uncovering the mechanism could lead to better solution, she added.

“It might be that people don’t need to starve to do the same thing, if they can take a new drug with chemotherapy that mimics starvation but is not as painful as starvation,” Oliver said. “That underscores the importance of finding the mechanism.”