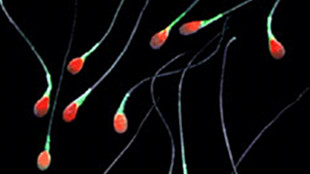 WIKIMEDIA, GILBERTO SANTA ROSABeing born to an obese father is associated with epigenetic abnormalities, according to a study published in BMC Medicine yesterday (February 6). Children with obese fathers have different epigenetic markings on the gene for insulin-type growth factor 2 (IGF2)—which is important during fetal growth and development—than children with fathers of normal weight.

“During pregnancy, the mother has to be careful what she eats and drinks, et cetera, but in general, not much is published about the effects of the father,” said lead author Adelheid Soubry, a molecular biologist at Duke University, who suspects that the more than 2 months it takes for sperm to mature are an important window of paternal influence.

Scientists have shown in human studies that some diseases are linked to parents’ environments prior to their children’s birth, but “this is one of the first papers that shows a true epigenetic...

The link between parental condition and the epigenetics and health of children is not entirely new. A 2010 Nature paper showed that male rats on a high-fat diet fathered pups that were at elevated risk of developing diabetes, possibly because of epigenetic changes. And a 2008 study showed that Dutch children born during a winter of famine during World War II had different IGF2 methylation than their siblings not born during the famine.

Inspired by these findings, Soubry and her colleagues analyzed umbilical cord blood from 79 babies born in 2005 and 2006 to mothers enrolled in the Newborn Epigenetic STudy (NEST) at Duke University Hospital in North Carolina. Participating mothers filled out a detailed questionnaire, including information about the height and weight of their children’s fathers.

Furthermore, in an accompanying BMC Medicine commentary, University College London biologists Gudrun Moore and Philip Stanier cautioned that the loss of methylation recorded in the paper is small. “It is tempting to over-emphasize the role of a small number of parent-of-origin expressing genes and to speculate about the effects of modest variation in methylation, but we must not be too hasty to blame either parent for their offspring’s health outcomes.”

Nevertheless, Skinner said that even this tentative result affirms the idea that paternal environment could play an important role in health. “There are a number of diseases we’ve known [that] are paternally influenced, but we didn’t know the mechanism,” he said. “This suggests that environmental epigenetics might be the mechanism for these effects.”

Soubry and coauthors would like to expand their research to analyze the effects of others factors that might affect sperm, such as nutrition, physical activity, and hormone levels. They also want to look at a broader array of genes. “This may just be an indication to look at other regulatory genes,” Soubry said. “This is just the tip of the iceberg.”

Correction (February 7, 2013): This story has been updated from its original version to correctly reflect that Michael Skinner is from Washington State University, not University of Washington. The Scientist regrets the error.