Even after his 100th birthday came and went, Jeremiah Stamler remained committed to his research on lifestyle and other risk factors that lead to heart disease. He was one of the first to make connections between diet and heart health, leading to him being dubbed the “father of preventive cardiology.” On January 26, Stamler died at his home in Long Island at the age of 102.

Stamler was born to Russian immigrant parents in Brooklyn in 1919, though he grew up in New Jersey. His father was a dentist and his mother was a teacher. Stamler received his bachelor’s degree from Columbia University in 1940 and attended what is now known as SUNY Downstate Health Sciences University in Brooklyn for his medical degree, graduating in 1943. After completing his residency at a nearby hospital, Stamler joined the US Army as a radiologist and worked primarily in Bermuda at the end of World War II, according to The New York Times. 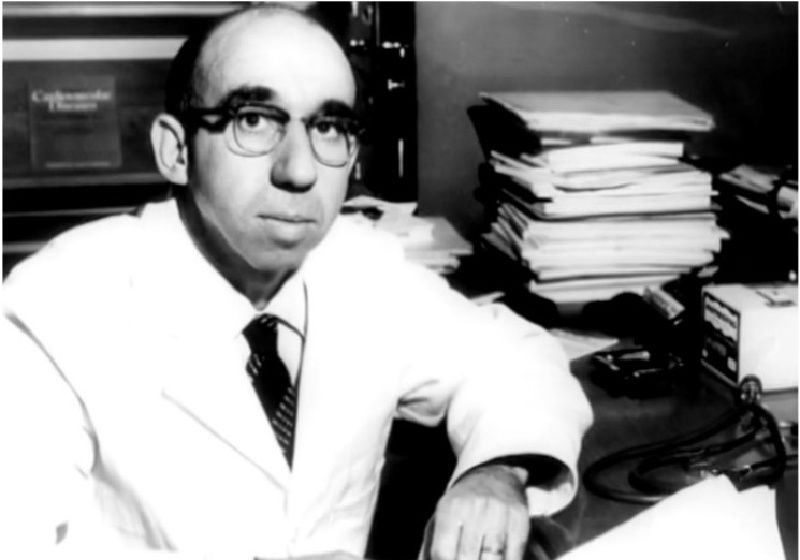 He took a job at Michael Reese Hospital in Chicago with cardiologist Louis Katz in 1947. During this time, he became attracted to research and, in particular, wanted to study artery health. He noticed that artery disease was a common comorbidity for patients with diabetes, so he began looking at several components of diet, including saturated fat intake, cholesterol, and sodium levels. Stamler’s work was the first to make the connection that high cholesterol, high blood pressure, and obesity are key factors in heart health, according to the Times.

Over the years and based on his research, Stamler became a vocal advocate for what we now call the Mediterranean diet, which involves a lot of fresh produce, olive oil, whole grains, and seafood and largely eschews red meat, processed foods, and salt. Lobbyist groups for food corporations were largely unhappy with his findings and their subsequent publicity, The Washington Post reports.

“Here in Chicago, we had the North American Meat Institute, they were barking at me all the time,” Stamler told the Chicago Tribune in a 2019 article. “They had a very simple view: Why don’t you do research, write papers, publish them and shut up? We didn’t feel that was an appropriate posture for people doing research on a scientific problem of great public health importance, to do the research and then bury it. What the hell is the point?”

In 1958, Stamler joined the faculty of Northwestern University’s medical school as a professor. That same year, he also began working in the Chicago Public Health Department to influence policy and develop programs that decreased the risk of disease. But his greatest political obstacle didn’t come at the city level.

In 1965, Stamler was called before Congress—he had been reported to the House of Representatives Un-American Activities Committee (HUAC) because of supposed family ties to the Communist Party. When the HUAC interrogated him about whether or not he had pro-Communist beliefs, Stamler simply refused to answer and walked out of the proceedings, the Post reports. Afterward, he filed a lawsuit against the committee, claiming that it was unconstitutional. Eight years later, an agreement was reached, with Stamler and the United States Congress dropping the lawsuit and the criminal contempt charges, respectively.

In 1972, Stamler founded the Department of Preventive Medicine at Northwestern, which he chaired until 1990 when he retired as professor emeritus. Despite being retired, he was still very active with his research.

Throughout his career, Stamler organized massive longitudinal studies involving thousands of people in order to quantify the relationship between exercise, weight, diet, lifestyle factors, and heart health. One study, regarding the intake of animal protein, is still ongoing after 30 years.

Despite the hundreds of papers that he wrote linking heart disease to risk factors such as blood pressure, cholesterol, tobacco use, saturated fat intake, salt intake, and many more, there is one aspect of diet and heart health he regretted not sorting out: cheese.

“I’m annoyed with my ignorance about cheese,” Stamler told the Tribune in 2019. “I haven’t taken the time to get that clear. It sounds simple, but doing it well is a big job.”

Stamler is survived by his son and two stepsons. He was preceded in death by Rose, his wife of 56 years, and his second wife, Gloria.