The US Food and Drug Administration yesterday (February 11) announced it was posting warning or advisory letters about 17 companies for marketing dozens of products it deems “unapproved new drugs and/or misbranded drugs.” The agency also released a lengthy statement by FDA Commissioner Scott Gottlieb on new steps “to protect the public from unsafe and unlawful products” and penalize bad actors in the dietary supplement marketplace.

Gottlieb’s statement notes that in the quarter-century since Congress passed the law that gives the FDA the authority to regulate the dietary supplement industry, that market has grown from offering about 4,000 products to between 50,000 and 80,000, and that three out of four Americans now consume supplements regularly. “As the popularity of supplements has grown, so have the number of entities marketing potentially dangerous products or making unproven or misleading claims about the health benefits they may deliver,” the statement continues.

The FDA says the companies warned yesterday were marketing products “that claim to prevent, treat or cure Alzheimer’s disease and a number of other serious diseases and health conditions.”

“We know there are effective therapies that can help patients with Alzheimer’s,” Gottlieb tells The New York Times. “But unproven supplements that claim to treat the disease but offer no benefits can prevent patients from seeking otherwise effective care.”

Under the 1994 dietary supplement law, these products are regulated more like food than like drugs. Manufacturers don’t need to prove a supplement’s safety before selling it to consumers; rather, the onus is on the FDA to prove it is not safe and should be removed from the market. Dietary supplements are not permitted to contain drug ingredients, or to be marketed with claims that they prevent or treat disease.

Gottlieb’s statement mentions a number of steps the FDA plans to take to beef up enforcement within the parameters of the law, such as developing a tool to alert the public about problematic ingredients in supplements and creating a public-private partnership to come up with new ways of evaluating ingredients’ safety.

Peter Lurie of the advocacy group the Center for Science in the Public Interest tells the Associated Press, “It’s very hard to take on this industry comprehensively when the law shackles the agency to the extent that it does.”

Pieter Cohen of Harvard Medical School also expressed skepticism about the announcements, telling The Washington Post, “The FDA seems to be restating things they have been doing for years. Not making any changes.” 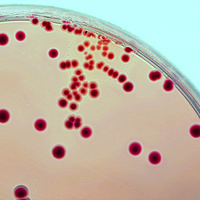