ABOVE: Fire lines helped save a barn in the Hastings Natural History Reservation in late August
WALT KOENIG

Since mid-August, at least 24 people have died in wildfires in California, Oregon, and Washington State, CNN reports. Hundreds of homes and other structures have burned, including much of the towns of Phoenix and Talent in Oregon, and are consuming 900,000 acres in that state alone, according to an announcement from the governor’s office yesterday (September 10). An estimated half a million Oregonians—more than 10 percent of the state’s population—have evacuated.

“We have never seen this amount of uncontained fire across our state,” Oregon Governor Kate Brown tells The New York Times.

Several colleges and universities, including Western Oregon University, have closed due to air quality issues caused by the fires. University teaching and research sites have suffered in the fires, forcing staff and scientists to evacuate and destroying buildings and equipment. Cal Poly’s Swanton Pacific Ranch, for example, a facility in California’s Santa Cruz County used to train students in agriculture and natural resource management, saw many of its structures destroyed in late August, according to a university statement.

Six reserves run by the University of California (UC) were also affected in August, according to a statement by the UC Natural Reserve System. One of them, Hastings Natural History Reservation in the Carmel Valley, inland from Big Sur, now has the Dolan Fire to its south. “We’re getting three fires in the span of three weeks that are all coming at Hastings from different directions,” says Eric Walters, an ecologist at Old Dominion University in Virginia who manages a long-term study of acorn woodpeckers who live in the reservation.

Walters, who was unable to make it to the field site in Hastings this summer due to the pandemic, says his graduate students and research assistants had to evacuate the site. Normally, they track the behavior of groups of acorn woodpeckers that have been studied continuously at Hastings since 1968. The birds’ behavior is very complex, he explains, and involves shared territories that revolve around the use of a granary—for them, an old-growth tree pocketed with numerous holes where the birds store acorns.

When fire burned parts of Hastings in late August, Walters says, his team was concerned the canopy of old-growth trees might burn, which would have been “catastrophic.” The fire remained at a low intensity, though, mainly burning dried grass. Two dead trees that housed granaries did burn, including one that’s been followed since the beginning of the study more than 50 years ago. It will be interesting to see, he says, how the birds will react to their loss—by trying to make a new granary, for example, or by attempting to take over another group’s territory.

Another researcher whose field site at Hastings was hit by fire is Walter Koenig, a retired Cornell University professor who himself used to lead the acorn woodpecker project and who continues to study acorn production by oak trees around California. A small part of his study site at Hastings burned, he says, and he had to evacuate from his house near the site—which itself replaced a house that burned in a wildfire five years ago—for six days.

Fire is disruptive for his work and has caused him to lose data in the past, he says. Over the years he’s had study sites burn and has been cut off from others for some time due to fire-induced road closures. “I mean, it’s California and everything burns. It’s what things do down here,” he says. “So it’s not very surprising, but it’s a big environmental factor that makes it very difficult to carry on some of these really long-term studies of the sort that I like to do.”

Jennifer Hunter, Hastings’s residential director, says the site got lucky this time; in contrast to some other UC reserves, all 26 of the Hastings buildings were spared, she notes, thanks in part to the efforts of neighbors and staff who cut fire lines around them. And while the fire was undoubtedly disruptive to the site’s human users—she and her family had to evacuate her on-site home, for example—she says it’s “great for the ecosystem.”

While she doubts the Dolan Fire will reach the reserve, Hunter adds that the lessons learned from the site’s experience in August will help in planning to keep the students and researchers who visit the site safe in future conflagrations. “Given climate change and given that these events may become more intense and more frequent than they have been in the past, we really need to do some serious reflecting on how we’re preparing.” 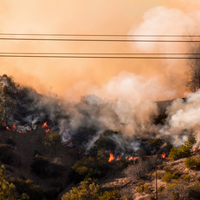 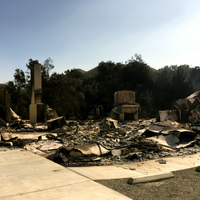 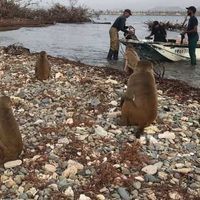