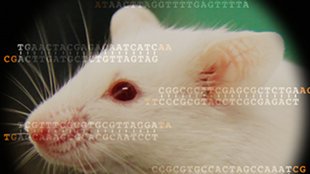 S.W. DING & O. VOINNETPlants, fungi, and invertebrates use RNA interference (RNAi) to fend off invading viruses. Mammals, on the other hand, are known to contain RNAi machinery, but researchers have never been able to prove that they use the molecular obstruction strategy for fighting viruses. Two papers published in Science today (October 10) provide the long-elusive evidence that indeed they do.

“There was controversy in the field as to whether or not RNAi ever acts as an antiviral response in mammals, and I think what is clear from these papers is that it does, in at least some laboratory conditions,” said Christopher Sullivan, a professor of molecular genetics and microbiology at the University of Texas in Austin, who was not involved in the work. “Now the argument will shift to when or if this matters in the wild,” he said.

When a single-stranded RNA virus infects a...

Over the course of evolution, however, the same machinery has been adopted for processing non-coding RNAs of the host into microRNAs that target and suppress host messenger RNAs. That is, in addition to its role in virus combat, RNAi machinery is used as a gene-regulatory mechanism.

Since RNAi’s virus-fighting ability was first discovered in plants and insects, scientists have been hunting for its equivalent in mammals. But despite repeated attempts they could only find evidence for RNAi’s gene-regulatory role.

“A lot of people have tried—ramming their heads against the wall time and time again—to discover this [in mammals] . . . and didn’t find it,” said Sullivan. In fact the results were “strikingly negative,” he said. However, added Eric Miska, a professor of molecular genetics at the Gurdon Institute in Cambridge, UK, who also was not involved in the work, “lack of evidence is not evidence for the lack of this pathway.”

There are a number of reasons why an antiviral RNAi pathway may have been elusive in mammalian cells, explained Olivier Voinnet, a professor at the Swiss Federal Institute of Technology in Zurich who led one of the new studies. First, mammals have evolved an alternative virus-combating innate immune response, involving proteins called interferons. Second, many viruses carry RNAi-suppressing proteins, which may have hidden the process. Third, researchers may simply have been looking in the wrong cells.

Multipotent cells, such as embryonic stem cells, do not produce or respond to interferon—possibly because the interferon response often leads to cell death, and multipotent stem cells, which are essential for replenishing tissues, might be considered more valuable than their differentiated counterparts, said Voinnet.  Whatever the reason, Voinnet thought that these interferon-less cells might expose a virus-fighting RNAi process hidden in other cell types. Sure enough, infection of mouse embryonic stem cells with encephalomyocarditis virus led to the production of siRNAs characteristic of RNAi. Furthermore, infection of embryonic stem cells with Nodamura virus that lacked its B2 protein—a suppressor of RNAi—also gave rise to siRNAs.

“For the first time we’ve seen real siRNAs being produced in mammalian cells,” said Voinnet excitedly. “All we’d seen before were microRNAs.”

Why had no one thought to look in stem cells previously? “The majority of our cells are not pluripotent and the majority of cells that first come in contact with viruses, then, are not pluripotent,” said Sullivan. Thus people had assumed stem cells were not an important site of virus-fighting action. Additionally, in plants and insects, RNAi is clearly an antiviral response in differentiated cells, he said.

It might not be only pluripotent cells where antiviral RNAi is active, however. Shou-wei Ding, a professor and plant pathologist at the University of California, Riverside, who led the second study, found that deleting the B2 gene in Nodavirus was sufficient to produce siRNAs in baby hamster kidney cells and newborn mice infected with the virus.

These reports of infection-induced siRNA production provide the first proof that antiviral RNAi is possible in mammalian cells and live mice. How commonly the mechanism is used by mammals, however, remains to be seen.

“[The work] challenges the field to now . . . look for [natural] examples where this really matters,” Miska said.