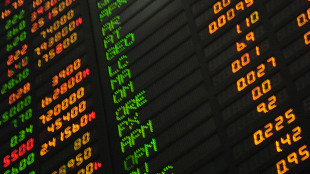 WIKIMEDIA, Katrina.TuliaoJust as animals want to maximize their caloric intake while minimizing their effort, daytime stock traders develop strategies to make high profits with few mental costs. But while animals have evolved optimal foraging strategies, stock traders haven’t—at least not for longer than 5 minutes—according to a new study published last week (January 30) in the Proceedings of the Royal Society B. After tracking the steps of 30 daytime traders for 2 years, researchers found that they optimized their gains for short, 5-minute windows, but were maladapted at optimizing for long-term net profits.

“We applied the optimal foraging theory to the sort of choices that traders have to make,” said lead author Serguei Saavedra, an integrative ecologist at the Doñana Biological Station in Seville, Spain. “If we compared their profits to what happens under the short time period—anything under a 5 minute window—they were maximizing their relative profit.”...

To understand the traders’ strategies, Saavedra and colleagues turned to two classic animal foraging behaviors. One is patch exploitation, in which animals will continue to forage in one area, or in terms of the financial world, traders will continue to trade the same stock. The other is patch exploration, in which foraging animals switch to different areas that—they hope—have more food, or in financial terms, traders who switch to trading different stocks that may be more profitable.

After setting up a collaboration with an unnamed trading firm—whose executives were equally interested to better understand their traders’ strategies and outcomes—the researchers analyzed more than 300,000 trades of some 300 different stocks in a 2-year period. They found that traders switched between the two strategies based on mental fatigue and market information in short, 5-minute windows—in which they generally completed three to four trades. Flip-flopping from one strategy to the other allowed them to maximize their short-term, relative profits during transactions, but it didn’t maximize long-term profits from their overall stock value.

“You may see net profit from these guys one day, but in the next week they’re going to lose it,” Saavedra said. Overall, 30 percent of the traders made a profit, while the rest lost money over the study period.

But, money might not be the only important factor in their decisions, said behavioral ecologist Alex Kacelnik of the University of Oxford. “The traders maximize their pay-off from buying one minute and selling the next, and it is these decisions that the authors examine,” Kacelnik said. “But I think where the biology would match what [the traders are] doing is how to protect their reputation and other long-term advantages and disadvantages.”

Indeed, the next step is to understand why and how they’re making these strategy decisions, said social networks researcher Brian Uzzi of Kellogg School of Management in Northwestern University, Evanston, Illinois, who collaborated on the project. In addition to collecting data on their trading behaviors, the researchers also collected email and text message data while they were trading, which contained relevant market information from competitors or personal information about the traders’ general mood.

“This is one of the most thrilling aspects of this work,” Uzzi said. “Historically, theory has really been based on behavioral data, but the text-based data gives you a new source of information.” If the researchers can decode it properly, he said, the insight into the traders’ thinking could improve our understanding of how competitors influence human decision-making strategies.