ABOVE: One-day-old honey bees gather around a heat-emitting robot (left) while zebrafish swim with a robot in a donut-shaped aquarium. When the bee and fish robots transmit information about the behavior of the surrounding animals, it influences the behavior of both groups.
FRANK BONNET/EPFL

A robot interacting with young honey bees in Graz, Austria, exchanged information with a robot swimming with zebrafish in Lausanne, Switzerland, and the robots’ communication influenced the behavior of each animal group, according to a study published in Science Robotics today (March 20).

“It’s the first time that people are using this kind of technology to have two different species communicate with each other,” says Simon Garnier, a complex systems biologist at New Jersey Institute of Technology who did not participate in the study. “It’s a proof of concept that you can have robots mediate interactions between distant groups.” He adds, however, that the specific applications of such a setup remain to be seen.

As robotics technology has advanced, biologists have sought to harness it, building robots that look and behave like animals. This has allowed researchers to control one side of social interactions in studies of animal behavior. Robots that successfully integrate into animal populations also provide scientists with a means to influence the groups’ behavior.

See “Send in the Bots”

“The next step, we were thinking . . . [is] adding features to the group that the animals cannot do because they don’t have the capabilities to do so,” José Halloy, a physicist at Paris Diderot University who has been working on developing robots to interact intelligently with animals for more than a decade, writes in an email. “The simple and striking thing is that robots can use telecommunication or the Internet and animals cannot do that.”

In the new work, Halloy teamed up with collaborators at Swiss Federal Institute of Technology Lausanne (EPFL), the University of Graz in Austria, and elsewhere to have two different animal-robot societies interact via modern communications technology. The researchers worked with two very different species that wouldn’t normally interact in nature—honey bees and zebrafish—and they housed the experimental animals more than 1,000 kilometers apart. “What we did is a bit extreme,” admits coauthor and EPFL engineer Frank Bonnet.

In 30-minute trials, the teams presented the animals with a collective choice. In the case of bees, that choice was which of two heat-emitting robots they would gather around, while the zebrafish, which shared their donut-shaped tank with a fish-like robot, would decide which direction to swim. Both the robots in the bee colony and the fish robot interacted with the real animals as the experiments took place. The bee robots have infrared sensors that allow them to estimate density of nearby bees, and as more bees clustered, the robots produced more heat, enticing more bees to gather around. The fish robot detects the location of the fish and itself with a camera filming the aquarium, and responds to changes in the real fish’s direction by following the majority, which in turn influences the group’s collective decision about which way to swim.

The researchers then linked the two robots via an internet connection. As the bees gravitated toward one robot or the other, that information could be transferred to the fish robot, which interpreted the news as more fish choosing a swimming direction—clockwise or counterclockwise. Conversely, information on the swimming direction of the fish in the group could be transmitted from the fish robot to the bee robots, which interpreted the signal as more bees choosing a particular bot. “When we make the connection between the two setups, the robots act like translators,” says Bonnet.

Left to their own devices, zebrafish, while they generally swim as a group, don’t stay swimming in one direction; they frequently reverse course. But when the fish robot was receiving information from the bee robots, the fish would reach a consensus for several minutes or longer. That’s because the young honey bees, when the robots in their colony were not receiving information from the fish robot, would after about 15 minutes settle with one of the two robots.

Conversely, the fish’s indecisive swimming patterns influenced the behavior of the honey bees. If the fish robot shared information with the bee colony, the bees continued to move back and forth between the two heaters for the entire 30-minute trial. If the communication was two way, the bees settled around one of the two bots in the enclosure, but it took about five minutes longer. This then led the fish to settle on a swimming direction.

“It’s technically very impressive; I buy the argument that there has been some form of communication,” says Garnier. But he wonders how the technology will be used. “I’m not sure where it fits in terms of the science.”

Guy Theraulaz, who studies collective behavior at the Research Center on Animal Cognition at CNRS in Toulouse, France, agrees. “From a biological point of view, we don’t learn anything,” he notes, and from an engineering point of view, the key aspect of the experiment is the integration of the robots into animal societies, which had already been done. “They are selling something which is a little bit trivial,” he says.

The researchers argue that the proof-of-concept study points to new approaches for interrogating natural species interactions, just as robots have already been used to study within-species social behavior.  “It allows us to do experiments with animals to build mathematical models of behaviors,” says Halloy.

Nicole Abaid, an engineer at Virginia Tech who was not involved in the work, could also see this type of work providing insight into how best to develop multi-agent robotics systems, such as robotic swarm, in which many small robots are deployed in unison for applications such as precision agriculture or search and rescue. While most so-called distributed systems use many of one type of robot, engineers are starting to experiment with devices of different types—for example, a quadcopter and a ground vehicle, says Abaid. “The idea that you could have an interspecies interaction in the application of robotics is super interesting.” 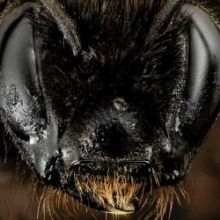 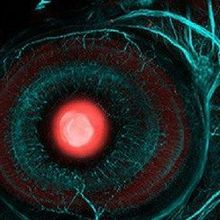 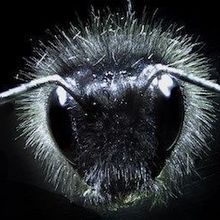