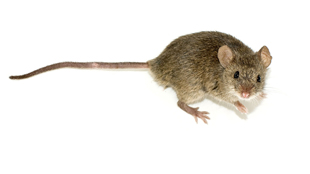 WIKIMEDIA, GEORGE SHUKLINThough many diseases arise because the protein product of a gene does not function correctly, others occur because misfolded proteins get stuck in the endoplasmic reticulum or are degraded before arriving at the site where they should act in the cell. Scientists have explored the use of small molecules called pharmacological chaperones, which bind misfolded proteins and stabilize them or act as templates that encourage the molecules to fold correctly, in order to treat lysosomal storage diseases, familial amyloid polyneuropathy, phenylketonuria, and other disorders of protein folding. Now, researchers led by P. Michael Conn of Texas Tech University have shown that a mouse model that does not respond to gonadotrophin-releasing hormone (GnRH) due to a mutation that causes misfolding of the GnRH receptor (GnRHR) can be treated with a pharmacological chaperone. Their work was published today in Proceedings of the National Academy of Sciences.

Conn’s group generated a mouse model with a mutation that can result in the human disease hypogonadotropic hypogonadism (HH), in which a misfolded GnRH receptor causes loss of testis or ovary function. The male mice with this mutation had small testes, produced few mature sperm, and had abnormal levels of testosterone. The female mice had small ovaries and did not develop mature follicles. Both were infertile. The researchers previously showed in cell culture that a pharmacological chaperone called IN3—an antagonist of GnRHR—allowed the misfolded receptor to fold correctly, and then be trafficked to the plasma membrane and function normally. So they treated mutant male mice with the drug via catheter to the carotid artery. Pulsed delivery—six hours of treatment every third day for 30 days—of the compound rescued testes weight and function, as well as sperm shape and maturation, in male mutant mice.

“This is by no means the first successful application of a pharmacological chaperone in a mouse model of a disease,” said Gregory Petsko, a professor emeritus of biochemistry and chemistry at Brandeis, who was not involved in the work. “But because this is a very new strategy . . . and because many people are not aware that this option exists as a means of upregulating proteins, any demonstration of its success in vivo is, I think, extremely important.”

Mark Fisher, a professor of biochemistry and molecular biology at the University of Kansas Medical Center who did not participate in the research, agreed. “This is actually rescuing folding intermediates, which is very interesting and has huge ramifications for developing drugs,” he said.

“The question is, would it work in people?” asked Ringe.

“Getting the dosing regimen right for this sort of therapy has proven to be very tricky and not easily extrapolatable from mouse results,” agreed Petsko. “If you were going to do a human trial, you’d start with something like this . . . but there’s no guarantee it will work.”

Another issue with treating people, Petsko pointed out, is that different mutations in patients could mean that the protein is destabilized to varying extents. Though pharmacological chaperones can target different mutations in the same protein, he said, “you might require different doses of your chaperone therapeutically, depending on what mutation your patient has.” Plus, because many of the identified pharmacological chaperones can function as antagonists, “at some point, if the concentration is high enough, you’re going to switch from stabilizing and activating to inactivating,” he said.

Conn’s group is now working on this problem. “Our next goal is to use high-throughput screens to identify pharmacoperones that are not antagonists [because] the therapeutic administration becomes much easier,” he said. “We now have assays that enable us to go back and rescreen chemical libraries . . . and look for compounds that would have been missed,” Conn added. Drugs that failed a screen as an antagonist or an agonist could function as pharmacological chaperones and that function is just waiting to be discovered, he explained. “It heralds an entirely new way of developing therapeutics.”