Two studies presented Monday (July 27) at this year’s virtual Alzheimer’s Association International Conference have demonstrated that flu and pneumococcal vaccines are linked with a lower risk of Alzheimer’s disease.

In both studies, individuals who had received at least one vaccination—a flu shot in one study, and a pneumonia vaccine with or without a flu shot in the second—were less likely to be diagnosed with Alzheimer’s later in life. While the studies are slightly different, their similar conclusions suggest that vaccines may play a broader role in strengthening a person’s lifelong resistance to some diseases.

“This is an encouraging finding that builds upon prior evidence that vaccination against common infectious diseases—such as the flu—is associated with a reduced risk for Alzheimer’s and a delay in disease onset,” Richard Isaacson, a neurologist at Weill Cornell Medical Center who was not involved in either study, tells CNN.

The first study stemmed from an exploratory analysis of millions of medical records to broadly identify factors that might influence a person’s risk for conditions such as Alzheimer’s, NPR reports. In this initial sweep, Albert Amran, a medical student at the University of Texas Health Science Center, observed that flu shots were correlated with a lower incidence of the disease.

Amran next went looking for this relationship in more than 9,000 people over age 60, comparing Alzheimer’s diagnoses in those who had received a flu shot after turning 60 to those who had not. Within each group, they included a nearly equal mix of people with potentially confounding risk factors such as smoking status, obesity, diabetes, cardiovascular disease, education, age, and income. What they found, Amran tells NPR, was that “more vaccinations meant less Alzheimer’s.”

People who had gotten at least one flu shot after age 60 were 17 percent less likely to receive a subsequent diagnosis of Alzheimer’s, and those who got a flu shot each year saw their risk drop by a further 13 percent. The sooner after 60 that someone received a flu shot, the stronger the benefit. While Amran is buoyed by the results, he adds that fully assessing a possible benefit of vaccination “is something that needs to be quantified with a more intensive study.”

The second study, presented by researchers at Duke University and the University of North Carolina, studied the relationship between the pneumococcal vaccine, with and without an accompanying flu shot, and the risk of Alzheimer’s. The team analyzed the medical records of more than 5,000 people over age 65, controlling for the effects of factors such as sex, race, education, and smoking. Some individuals included in the study also had a known genetic risk factor for Alzheimer’s, the rs2075650 G allele in the TOMM40 gene involved in the permeability of the blood-brain barrier that protects the brain from infection.

Svetlana Ukraintseva, a geneticist at Duke University and coauthor on the study, reported that getting a pneumococcal vaccine between the ages of 65 and 75 was tied to a reduced risk of developing Alzheimer’s, by 25 percent to 30 percent. Among those who did not have the rs2075650 G allele, the risk was as much as 40 percent lower if they’d been immunized. “Pneumonia vaccination appears to be protective for older adults,” Ukraintseva tells NPR.

Both teams are working to determine the biological mechanisms that explain their findings, but they do have some preliminary thoughts. Ukraintseva, speaking to MedPage Today, proposes that because so many different types of pathogens have been implicated in Alzheimer’s, including viruses, bacteria, and fungi, vaccines could provide benefits simply by keeping people protected from the more general wear and tear of life. “Some vaccines show beneficial off-target effects on health that span beyond the protection against specific disease. This could be because they may improve immunity on a broad scale,” she says. The brain’s immune system has long been implicated in the onset of Alzheimer’s—specifically, a disruption in the brain’s microglial cells—and general immune system health could therefore be an important mediator of cognitive decline.

Similarly, because both the flu and pneumonia are known to have effects on the brain, reducing the amount of times one is exposed to them over the course of a life would keep the immune systems primed and protective for longer. Maria Carrillo, chief science officer of the Alzheimer’s Association who was not involved in either study, tells NPR, “every time you have one of these infections you may experience a challenge to your memory and thinking.”

Dallas Anderson, a neuroepidemiologist at the National Institute on Aging who was not involved in either study, agrees that “there may be health effects beyond preventing the flu,” but he urges the need for further study. While both teams attempted to control for confounding factors, there could be other commonalities between people who get vaccinations that would explain the results. “Observational studies can never show definitively that getting flu shots will prevent Alzheimer’s disease or dementia,” he says to MedPage Today. “The evidence will be suggestive at best.” 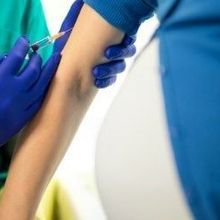