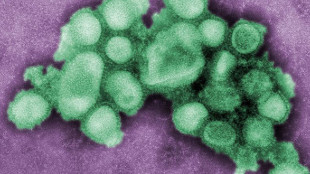 Colorized transmission electron micrograph depicting the influenza A/CA/4/09 virusCDCA blood-based gene expression signature of patient response to pathogens can be used to detect respiratory viral infections and sufficiently distinguish them from their non-viral counterparts in an emergency department setting, researchers have shown in a proof-of-concept study published today (September 18) in Science Translational Medicine. The researchers suggested that their host response-based approach could help clinicians better identify viral infections, and therefore curb the unnecessary prescription of antibiotics.

Most infectious disease diagnostics work to identify traces of the pathogen, and therefore require some preexisting knowledge of the agent. The new test, from Duke University Medical Center’s Aimee Zaas and her colleagues, instead evaluates how strongly certain host genes are turned on or expressed in the presence of a pathogen.

“It’s an interesting paper. It takes a different approach from what we traditionally do in a microbiology lab,...

“Viruses do not have one single conserved genetic sequence that you can target and detect all viruses, unlike bacteria, where we can detect ribosomal RNA sequences,” added the University of Texas Medical Branch’s Mike Loeffelholz, a pathologist and clinical microbiologist who also was not involved in the work. “In order to broadly detect viruses, you have to have these massively multiplexed pathogen-specific assays. So if you can detect—instead of the actual viral pathogens—a host response signature . . . it gives you a single test for many different kinds of viral infections.”

The present study builds on previous work from Zaas’s group showing that certain genes are more highly expressed in patients with respiratory viral infections, compared with those with non-viral infections or healthy individuals. For the current investigation, the researchers evaluated the performance of their reverse transcription PCR (RT-PCR)-based assay on two cohorts of individuals experimentally infected with influenza A H3N2 or the related H1N1. They then further validated the test on a set of 102 patients presenting to the emergency department with fever, plus 41 healthy volunteers.

Overall, the results of this challenge study showed that the team’s test classified participants with experimentally induced H3N2 and H1N1 infection with 100 percent and 87 percent accuracy, respectively. In the clinic, the RT-PCR test was able to detect 89 percent of viral infections with a false-negative rate of only 6 percent. In addition to identifying influenza infections, the researchers also found cases of rhinovirus infections.

Coauthors Geoffrey Ginsburg and Christopher Woods noted that this work sets the stage for future prospective evaluations of their host-based diagnostic approach in the clinical setting. “When developing diagnostics for pathogens using an RT-PCR platform . . . there are issues still with sample errors due to the frequency of the pathogen’s genomic DNA in any particular sample. Those samples that have lower numbers of pathogen copies to be detect become very well-suited for a host response-based diagnostic,” said Woods, an associate professor of medicine and global health at Duke and chief of infectious diseases at the Durham VA Medical Center in North Carolina. “One can envision, ultimately, using a combined approach that is complementary going after both the pathogens and the host response concurrently.”

The ability to detect a range of viral infections is another key advantage of this approach. “We essentially have coopted in the assay the host response to a broad spectrum of potential viruses,” added Ginsburg, director of genomic medicine at the Duke Institute for Genome Sciences & Policy. “If there were an outbreak somewhere tomorrow, at least hypothetically, we could use this assay to screen the population to know who had contact or were infected with that virus, without necessarily needing to know what that virus is.”

However, in an outbreak setting, time is of the essence. Currently, the Duke team’s assay takes 12 hours to turn out results. So for now, Ginsburg said, the test is likely better suited for, say, the physician’s office, where it could help determine whether a patient’s infection is non-viral and antibiotics may therefore be suitable. “That’s probably the biggest limitation right now—that it’s not ready for use in all possible clinical situations,” he said.

Of course, there are other challenges, including cost, sensitivity, and specificity. And, as Charles Chiu noted, a host-response test might not be useful for children, the elderly, or immunocompromised patients—all of whom can show atypical reactions to infectious agents. The test “may not necessarily apply to the patient population for which this assay may be most needed,” said Chiu, an assistant professor of laboratory medicine and infectious diseases at the University of California, San Francisco, who was not involved in the study.

“In terms of actual patient diagnostics, the host-response approach has significant limitations,” the Vanderbilt University Medical Center’s John Williams, who did not take part in the work, agreed in an e-mail.  Nevertheless, “the basic idea—that the host response reflects the immune response to a specific pathogen—is exciting,”

Chiu agreed. “I don’t think it’s going to replace—anytime soon—direct detection of pathogens, but it could be a complementary test that could provide more information on the molecular etiology and likely causes of infection.”