ABOVE: This cross section of the mouse brain highlights the neurons activated during the fear-related memory formation event.
PATRICK STEADMAN

Like humans, mice experience a period of amnesia when they lose their memories of experiences from infancy. Now, researchers report that these memories are not entirely forgotten by mice but simply difficult to recollect—and can be brought out of storage. These findings were published today (July 5) in Current Biology.

According to this study, early life experiences “leave very long-lasting traces even if the memories are not expressed,” writes Cristina Alberini, who studies memory at New York University’s Center for Neural Science and was not involved in the study, in an email to The Scientist.

Having encountered patients who couldn’t remember their early years, Sigmund Freud first coined the term infantile amnesia in the late 19th century. Since then, scientists have tried to understand why humans, nonhuman...

In this latest study, Paul Frankland, a psychologist at The Hospital for Sick Children in Toronto, and his colleagues sought to establish which of these possibilities was operating in mice.

To first induce memory formation in the animals, the scientists placed the mice in a box and gave them a mild foot shock. While young adult mice retained this memory and froze when put in the box a second time, infant mice forgot this fear-related memory after a day and behaved normally when they encountered the box again. 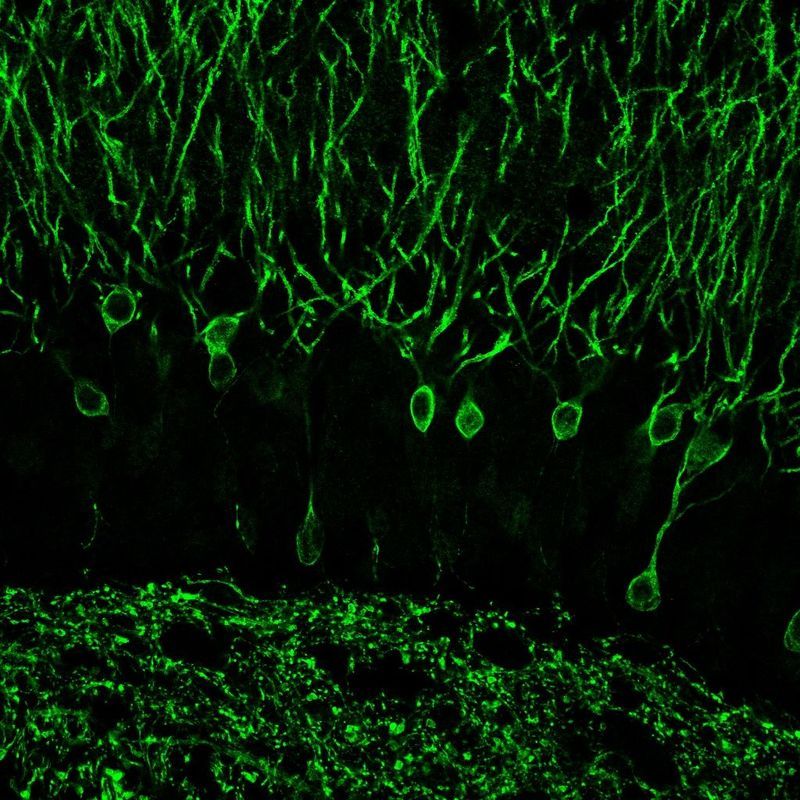 Next, Frankland’s group used laser light to stimulate neurons in the dentate gyrus of the hippocampus that had been engineered to be light sensitive. The investigators chose this region because these neurons were activated during the fear-based training event.

When the infant mice were placed in the box and the laser was turned on, the animals’ memories of the electric shock returned and they froze in place.

Frankland and his colleagues were able to switch on these memory-encoding neurons at 15, 30, and 90 days after the initial foot shock. At every stage up to young adulthood, the mice recalled their infant memories and froze when put back in the box.

Frankland’s team has previously shown that one reason why infantile memories are lost is because the adult brain adds new neurons to the hippocampus that replace the old memory-encoding neurons. However, this study shows that young adult mice tend to retain traces of their earliest memories.

“What we’re doing by stimulating the collection of neurons, which are active during encoding, is giving the system a little bit of a boost,” says Frankland. “We’re providing not only the external cues as the box but also some internal impact as well, which sort of pushes the memory above threshold so then the animals are able to remember it.”

“The findings of later accessibility of early memories are reminiscent (no pun intended) of those we see with human children,” writes Patricia Bauer, a psychologist at Emory University who was not involved in this research, in an email to The Scientist. Older children who are given cues can be prompted to remember events from their infancy. Unlike mice, episodic memories in humans are “not only hippocampally dependent, but also are personally relevant.” Still, she says, “we must be cautious about generalizing the present findings” to humans.

“Now, the field needs to understand what mechanisms underlie formation and storage of these long-lasting traces, and when and how they influence behaviors at later times,” writes Alberini.