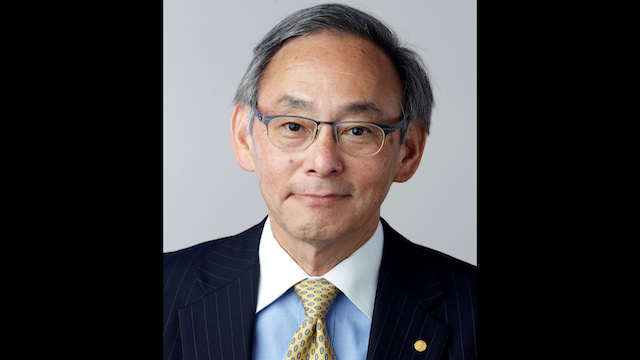 The American Association for the Advancement of Science (AAAS) announced Steven Chu, a professor of physics and molecular and cellular physiology at Stanford University, as the society’s president-elect yesterday (January 9). Chu served as the Secretary of Energy during President Barack Obama’s first term in office.

“Never has there been a more important time than today for AAAS to communicate the advances in science, the methods we use to acquire this knowledge and the benefits of these discoveries to the public and our policymakers,” Chu says in his candidacy statement (via AAAS).

As Energy Secretary, Chu oversaw efforts to promote renewable energy technologies, such as solar panels and electric vehicles. “He had a substantial impact on changing research in the department, although mainly in terms of applied research,” Robert McKeown, deputy director for science at the Thomas Jefferson National Accelerator Facility, told physicsworld.com in 2013....

Chu had faced criticism, particularly from congressional Republications, who condemned, among other things, his decision to approve a $528-million government loan to Solyndra, a solar panel manufacturer that later went bankrupt. He resigned as US Energy Secretary in 2013, after four years in office.

In 1997, Chu shared the Nobel Prize in Physics with physicists Claude Cohen-Tannoudji and William Phillips for developing a technique to cool atoms and trap them with laser light.