Former Yale Medical School psychiatry professor D. Eugene Redmond Jr. sexually assaulted five students while at a research facility on the Caribbean island of St. Kitts, according to a report released Tuesday (August 20). Complaints of sexual misconduct and harassment were raised by three students in 1994, but an investigation failed to verify the accounts at the time. A complaint filed in March 2018 initiated a larger investigation by an independent law firm, revealing that Redmond assaulted or harassed at least 13 students over 25 years.

“The strongest corroboration for the assaults is the striking similarity between the students’ accounts of what happened, despite the fact that the incidents occurred years, and, in some cases, decades apart, and the students do not know one another or the nature of their individual accounts,” former US Attorney Deirdre Daly writes in her 54-page report.

Daly, now an attorney at Finn Dixon & Herling, headed an investigation that included 110 witness interviews, additional interviews with family and professional associates, and an examination of 1,450 documents, according to the New Haven Register.

Redmond joined Yale’s faculty in 1974 and launched the nonprofit St. Kitts Biomedical Research Foundation in 1982, reports the New Haven Register. There, he studied an animal model of Parkinson’s disease developed in vervet monkeys and collaborated with the cofounder of the foundation, identified only as Professor 1 in the report. Redmond established a summer internship program for Yale undergraduates and other students at the facility. On five separate occasions, Redmond shared a bedroom with different summer interns, drank with them, and committed sexual assault including “inappropriate genital and/or rectal exams,” according to Yale Daily News.

After three students complained of misconduct in 1994, Redmond stated he would shut down the program. He did not.

“If Yale had implemented a longstanding monitoring program after the 1994 investigation, Redmond’s ongoing misconduct might well have been detected and stopped,” Daly writes in her report. The investigation revealed that Redmond had recruited at least 20 students to attend the program between 2001 and 2017.

When allegations were raised against Redmond in 2018, Yale’s University-Wide Committee on Sexual Misconduct launched an investigation and found the professor guilty, according to a March 2019 report by Yale Daily News. Redmond retired in July 2018 and has yet to receive disciplinary action.

Another complaint against Redmond was raised in 2019, and at the same time, the 1994 complaints were revisited after having been set aside for years. On January 28, 2019, Yale President Peter Salovey ordered an independent investigation of all allegations against the former professor that culminated in Tuesday’s report.

“Redmond’s actions, reported by the survivors who came forward, are reprehensible and antithetical to the educational mission of our university,” says Salovey in a written statement, according to the New Haven Register. The university has announced that it is developing new guidelines and protocols for providing supervision at internship and overnight programs, according to Yale Daily News. The report also recommends that Yale begin offering bystander intervention training for faculty and staff and that the school appoint someone to enforce disciplinary restrictions on faculty found guilty of misconduct.

Redmond has denied all allegations of misconduct against him in previous reports and declined to be interviewed for Daly’s investigation, according to the report. 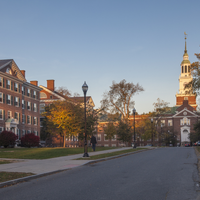