ABOVE: Shale in Canada, not from study site
© ISTOCK.COM, SHAUNL

Fossils of fungi in Arctic Canada date back to anywhere from 890 million to more than 1 billion years ago, according to a study published today (May 22) in Nature. The previously known earliest fossil fungi were from Scotland and Wisconsin and date back 410 million and 450 million years ago, respectively.

A team of paleontologists looked at samples from shale rocks from Arctic Canada under a microscope and discovered the fossilized fungi. The specimens come from the species Ourasphaira giraldae, which is a fungus with a bilayered cell wall.

The researchers report that when they shined infrared light on three of the fossils, the specimens produced a light pattern that matches what would be produced by the protein chitin, often found in the cell walls of fungi. “The preservation is so good that we still have the organic compounds,” coauthor Corentin Loron of the University of Liège tells The Guardian.

Experts are hopeful that these fossils are of fungi, but some are waiting for more data and evidence. “This is the first evidence that fungi are a billion years old, even though we’ve thought they were for a long time,” Mary Berbee, a mycologist at the University of British Columbia who was not involved in the study, tells The New York Times.

However, there are other molecules that could have produced the same light patterns, George Cody of the Carnegie Institution for Science who was not involved with the work tells the Times.

“I would like to believe it. That makes an important finding in the world—if it is really a fungus,” Christine Strullu-Derrien of the Natural History Museum in London who was not involved with the study tells Nature. 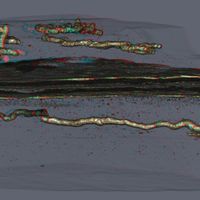 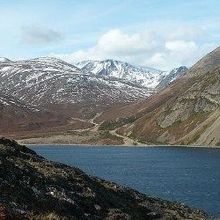