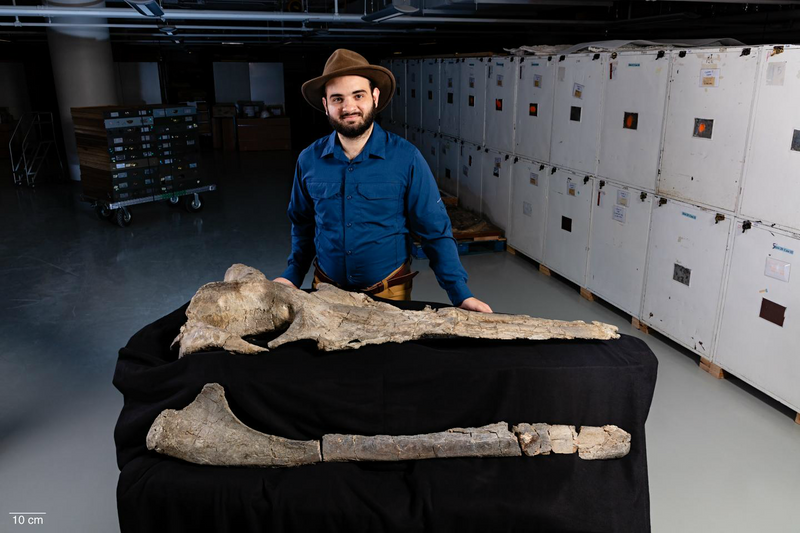 Researchers have identified a 33-million-year-old whale fossil that may represent the missing link between toothed and baleen whales, according to a study published today (November 29) in Current Biology. They call the fossilized species Maiabalaena nesbittae. 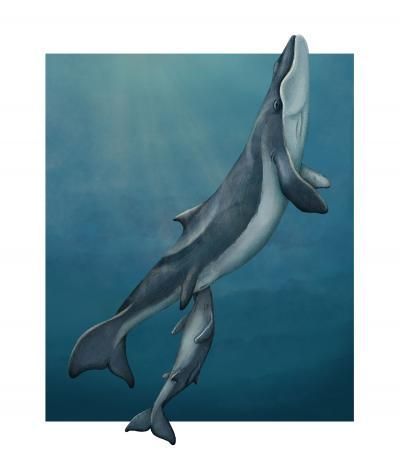 The whale’s fossilized jaw has neither teeth nor evidence of baleen, and its age places it between the emergence of the first whales, which had teeth, and the evolution of the keratin-base sieve that baleen whales use to filter their food. Baleen whales likely arose after their ancestors passed through a toothless intermediate stage, the researchers believe.

“When we talk about whale evolution, text books tend to focus on the early stages, when whales went from land to sea,”...

The first whales evolved from land mammals 55 million years ago. They inherited their teeth from their terrestrial ancestors, Quartz notes. Baleen whales arose about 25 million years ago, and the evolution of baleen has been difficult to deduce from the fossil record because the material doesn’t fossilize. Some scientists had hypothesized that at one time, whales started filtering food through their teeth and that baleen whales arose from them, Gizmodo reports, but that idea was disproven last year.

This latest evolutionary clue was discovered in the 1970s in Oregon and has been in the collections of the Smithsonian’s National Museum of Natural History ever since. Researchers analyzed the fossil’s nearly complete skull with a CT scanner and they found that the skull not only lacks teeth, but is also missing tiny holes in the jaw where blood vessels to nourish either teeth or baleen would attach, the Smithsonian reports.

“A living baleen whale has a big, broad roof in its mouth, and it’s also thickened to create attachment sites for the baleen,” says coauthor Carlos Peredo, a graduate student at George Mason University, in the statement. “Maiabalaena does not. We can pretty conclusively tell you this fossil species didn’t have teeth, and it is more likely than not that it didn’t have baleen either.”

Why lose the teeth? This whale lived at a time when Earth’s climate was changing and so were animals’ eating habits, Gizmodo notes. The fossilized whale jaw also had signs of strong cheeks and a retractable tongue, suggesting that it was a suction feeder. Perhaps it started eating smaller prey that didn’t require chewing and so saved itself the trouble of making teeth.