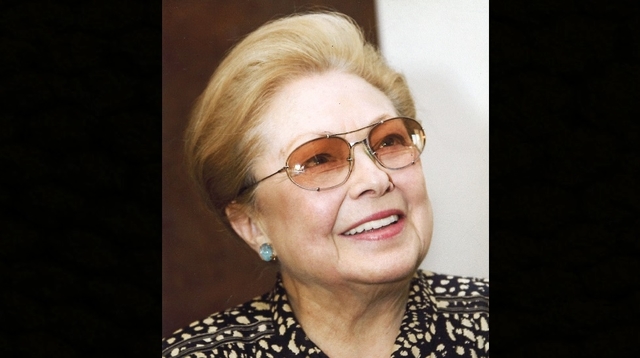 The founding chairman of The Foundation for AIDS Research (amfAR), Mathilde Krim, died Monday (January 15). She was 91.

When the first cases of AIDS were reported in 1981, Krim, then the director of the Interferon Lab at the Sloan-Kettering Institute for Cancer Research, recognized the disease’s potential to begin an epidemic. She founded the AIDS Medical Foundation (AMF), the first private organization dedicated to supporting research into the disease, with physician and AIDS researcher Joseph Sonnabend and colleagues in April 1983. A few years later, AMF merged with the National AIDS Research Foundation to become amfAR.

“My greatest AIDS hero has died,” Peter Staley, a gay rights activist and veteran of the activist group ACT UP, tweeted on Tuesday. He added that Krim was a “warrior against homophobia & AIDS-related stigma, defender of science & public health, and mother-figure to countless activists.”

In 1958, she moved to New York to join the research staff at Cornell University Medical School. Soon after, she became a research scientist at the Sloan-Kettering Institute and joined the Mailman School of Public Health at Columbia University as an adjunct professor. In 2000, she was awarded the Presidential Medal of Freedom.

“[Krim] saw that AIDS would demand the intellectual resources of the fields of medicine, basic science and public health,” wrote the late Allan Rosenfield, former dean of the Mailman School and member of amfAR’s Board of Trustees (via amfAR). “And she set out to bring them to amfAR to guide its research grantmaking, overturning many stereotypical notions of gay men in the process.”

Krim is survived by her daughter, two grandchildren, and a sister.