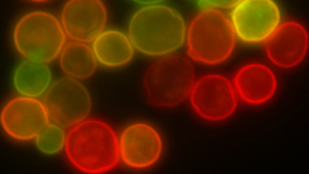 Gaining or losing a chromosome, a condition known as aneuploidy, is often caused by stress, and is known to have detrimental consequences, including a variety of human diseases. But according to new research in yeast published online today (January 30) in Nature, stress-induced aneuploidy may also help organisms adapt, conferring an adaptive advantage to yeast cells in the face of continued stress.

“It’s in interesting study,” said Judith Berman, a molecular geneticist at the University of Minnesota who was not involved in the research. Berman’s own work in Candida albicans  yeast supports the idea that aneuploidy has adaptive functions, she said, and the new study highlights aneuploidy’s underappreciated role in generating genetic and phenotypic diversity.

Aneuploidy, and the question of cause or effect, plagues cancer biologists, said Elton T. Young, a biochemist at the University of Washington who also did not participate...

Earlier work by Rong Li at Stowers Institute for Medical Research in Missouri and her colleagues showed that cells whose ability to divide was crippled by the loss of a motor protein found quick and “creative” ways to keep growing, Li explained. These cells had made stable, heritable genetic changes that were not small point mutations—they had acquired extra chromosomes.

“We called this adaptation the ‘big bang’ because it was so abrupt,” said Li. It raised a new question—what if it wasn’t the loss of a specific protein that was causing aneuploidy, but simply the stress the cells were under?

In the current study, Li’s group surveyed the effects of a variety of stressors, including excess oxygen and drugs that block key cellular processes, on Saccharomyces cerevisiae yeast. “We were looking for a big general stressor,” she explained. “We didn’t want to focus on a specific pathway.”

Indeed, most of the stressors studied increased the rate of aneuploidy by about 10-fold. But one of these stressors, a drug called radicicol, which targets the heat shock protein Hsp90, caused  100-fold higher levels of aneuploidy. And sure enough, all of the colonies that managed to survive the drug carried an extra copy of chromosome XV, suggesting that aneuploidy was conferring a growth advantage in the presence of radicicol.

The researchers tracked this advantage to a few gene candidates on chromosome XV that likely conferred radicicol resistance. When those genes were deleted, the yeast faltered, losing their ability to grow robustly in the drug’s presence. Taken together, the results suggested that aneuploidy confers resistance by increasing the copy number of several relevant genes.

Radicicol-induced anueploidy also appeared to help yeast adapt to new stressors. Compared to untreated S. cerevisae, radicicol-treated yeast grew better when exposed to drugs such as fluconazole, an anti-fungal, or tunicamycin, a glycosylation inhibitor, and most of the drug-resistant colonies were aneuploid.

Aneuploidy had a “dramatic impact,” Li said, which might explain why yeast often thrive when confronted with sudden toxic conditions. Point mutations may confer little or no change, but adding or deleting a whole chromosome and all the genes it carries always changes phenotype, Li noted.

“It’s always exciting to see investigations into stress-induced mutagenesis,” said Susan Rosenberg, who researches the molecular basis of genome instability and evolution at the Baylor College of Medicine. And if a similar phenomenon is identified in other eukaryotic cells, such as mammalian cells, it may have implications for cancer, Li added. Given that aneuploidy is a hallmark of tumor cells, it may be conferring selective advantages that allow them to quickly escape the toxic sledgehammer of chemotherapy drugs, she said.