In early February, researchers at secure laboratory in Terni, Italy, began releasing hundreds of genetically engineered mosquitoes into an enclosure that mimics the natural environment, NPR reports. The insects carry what’s known as a gene drive, a deleterious sequence designed be inherited by most offspring to spread quickly through the population, and the scientists are looking for unforeseen consequences of the modification before deploying the engineered insects to fight malaria and other mosquito-borne diseases in Africa and elsewhere.

“This will really be a breakthrough experiment,” Ruth Müller, an entomologist who runs the Italian lab, tells NPR. “It’s a historic moment.”

The particular gene drive in this experiment involves an alteration to the doublesex gene that stops female mosquitoes from laying eggs and causes them to develop mouth parts more similar to males, such that they can’t bite. Female mosquitoes are the ones that spread disease when they feed on human blood. If the gene drive can successfully spread the doublesex mutation, it could theoretically crash entire populations. (The project is funded by the Bill & Melinda Gates Foundation, which also supports NPR.)

Without gene drive, an allele will be passed from generation to generation via traditional Mendelian genetics. But in a gene drive that spreads the allele to the homologous chromosome in the germline, all progeny will receive a copy. (See full infographic.)
THE SCIENTIST STAFF

The approach has already demonstrated success in the lab, but before it’s launched in the real world, researchers must fully evaluate the potential consequences. The recent releases into the large-scale enclosure—six, nine-foot-tall “cages” with features meant to recreate the natural environment—will test the risks that may occur in the wild. The researchers placed different ratios of gene-drive mosquitoes–to–unmodified mosquitoes in four of the cages, with the remaining two used as controls with only unmodified insects.

Each week, the team will collect thousands of eggs to see how the doublesex mutation is spreading. The researchers estimate that they should be able to tell if the gene drive is efficient and effective within a year. But it will still be at least five years from deploying the insects in the wild, Tony Nolan, a geneticist at Imperial College London who helped develop the mosquitoes, tells NPR. “[W]ere it to work,” he says, “this would be transformative.”

Read Nolan’s feature in The Scientist, “Using Gene Drives to Limit the Spread of Malaria.” 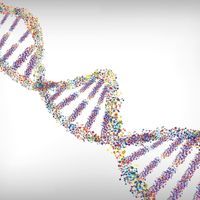 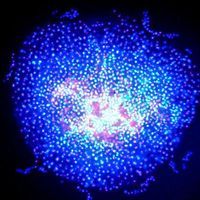