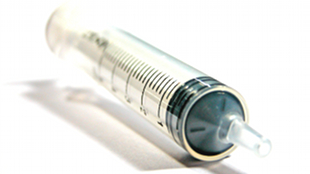 stock.xchng, tijman.The field of gene therapy has a long but frustrating history, with early safety concerns that threatened to shutter its clinical development altogether. Now, almost 10 years after China sanctioned the world’s first gene therapy in 2003, the strategy has arrived in Europe. (There are still no approved gene therapies in the United States.)

Approved last week (November 2) by the European Commission, uniQure’s Glybera utilizes viral vectors to deliver DNA encoding a lipid-processing enzyme to patients lacking a functional copy due to a gene mutation. The therapy, which is indicated for patients with severe symptoms such as life-threatening bouts of pancreatitis, will be sold in Europe beginning in late 2013.

“It’s really a milestone that this product has been approved,” said Katherine High, a pediatrician at the University of Pennsylvania and Children’s Research Hospital of Philadelphia, who was not involved in research on Glybera. It...

“It’s really an important moment for people with rare inherited diseases,” said Sam Wadsworth, head of gene therapy research and development at biotech company Genzyme. “A new therapeutic modality has opened up.” Wadsworth, who was closely following Glybera’s path to approval, expects that the approval will smooth the way for other gene therapies in development, including those at Genzyme.

The concept of gene therapy is relatively straightforward: identify diseases that result from mutated genes, and replace the defective genes with working copies to correct the ailment. Viral vectors are an easy way to introduce new genes into infected cells. But this strategy can be risky. Retroviral vectors, which integrate their genes into host genomes, have been linked to gene therapy-induced leukemia, and in 1999, teenager Jessie Gelsinger died after his body mounted a massive immune response to the adenovirus vector used in a strategy to combat his liver disease. (Read more in The Scientist’s June feature, “Targeting DNA.”)

Glybera was developed by Amsterdam-based uniQure for patients suffering from a rare lipid-processing disease, called lipoprotein lipase deficiency (LPLD), that affects only one or two people in a million. LPLD is caused by loss-of-function mutations in the liproprotein lipase (LPL) gene, critical for metabolism of dietary long-chain fatty acids. Normally, these long-chain fatty acids are packaged into triglyceride bundles to help transport lipids from the gut to other tissues, where LPL then cleaves the bundles into sizes that cells can handle. In LPLD patients, the enzyme can’t cleave the bundles. As a result, dietary fat is poorly absorbed by cells and remains in the blood. “It looks like you dumped half a liter of crème fraiche into the bloodstream,” said uniQure CEO Jörn Aldag.

LPLD patients experience recurrent bouts of pancreatitis, an extraordinarily painful and sometimes life-threatening condition wherein the digestive enzymes usually secreted in small and safe forms are activated at once, and begin digesting the pancreas and surrounding tissues. LPLD patients also have extraordinarily high blood triglyceride levels, which predisposes them to early-onset diabetes and atherosclerosis. Currently, the disease can only be addressed by reducing dietary fat to extremely low levels and making up the difference with special oils comprised of medium chain fatty acids, which aren’t packaged into bundles for transport.

Glybera relies on adeno-associated virus (AAV) to deliver a functional copy of the LPL gene to skeletal muscle. AAV has several qualities that make it an attractive gene therapy vehicle, noted Jude Samulski, director of the University of North Carolina, Chapel Hill’s Gene Therapy Center, who pioneered use of AAV as a gene therapy vector in the early 1980s. AAV DNA rarely integrates into the host genome, reducing the risk of prompting cancerous mutations upon gene integration. Instead, the virus becomes latent, persisting as an extrachromosomal piece of DNA. Also, because AAV is not pathogenic to humans “we didn’t have to remove pathogenic components to turn it into a vector,” explained Samulski, who was not involved in research on Glybera. (See a graphical representation of how AAV and other viral vectors deliver their gene packages.)

To make use of the AAV vector, Glybera’s developers stripped out the viral genes and replaced 96 percent of the AAV genome with therapeutic DNA—including the LPL gene and a promoter and regulatory elements from other viruses. They also added proteins that direct the vectors to skeletal muscle.

In two Phase II/III clinical trials, LPLD patients received a series of injections into the thigh muscle, followed by several weeks of immunosuppressive drugs to blunt immune responses to the viral capsids—the cause of Gelsinger’s untimely death. The treatment successfully reduced triglyceride levels in blood for up to 12 weeks after injection, and drastically reduced incidence of pancreatitis attacks for up to 2 years after treatment. Patients were even able to relax their dietary restrictions, also helping to increase quality of life, said André Carpentier, an endocrinologist at the Université de Sherbrooke in Québec, who collaborated on one of Glybera’s clinical trials. And, most importantly, anotable side effect has been reported only once so far—a fever that resolved within 12 hours.

The approval by the European Medicines Agency certifies that Glybera is effective and safe, presenting minimal risk of tumorgenicity and immunogenecity, said Aldag. UniQure is in the process of applying for approval from the US Food and Drug Administration and is also looking to bring Glybera to Korea, Israel, and countries in South America.

Researchers are hopeful that Glybera’s approval is the first of many. Other AAV-based gene therapies in development include those for hemophilia and retinal degeneration, and gene therapies for Parkinson’s disease and muscular dystrophy are also in clinical trials.

“Intuitively, it will probably make it easier to get the next gene therapy approved,” said Samulski. “The whole community learns about evaluating and regulating the new drug.”