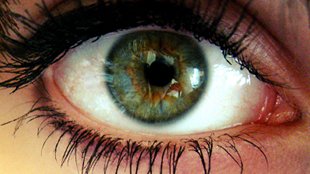 WIKIMEDIA, SHELOVESGHOSTSUsing mouse eyes as a setting for directed evolution, scientists have created a new version of the gene therapy vector adeno-associated virus (AAV) that can deliver genes deep into the retina, according to a paper published online today (June 12) in Science Translational Medicine. Such a vector could improve therapeutic gene delivery to target cells and lead to safer and less invasive gene therapy treatments.

“This is a beautifully planned, executed, and powerfully presented paper,” said Jean Bennett, a professor of ophthalmology at the University of Pennsylvania in Philadelphia, who was not involved in the study. “It shows the results of a very clever system to evolve AAV to target cells in the retina efficiently from an intravitreal injection.”

Intravitreal injection, whereby a needle is pushed into the eye’s vitreous, or gel-like core, is a common drug delivery procedure performed under local anesthetic in a doctor’s...

The problem, explained David Schaffer, a professor of chemical and biomolecular engineering, bioengineering, and neuroscience at the University of California, Berkeley, who led the research, is that current AAV vectors are incapable of penetrating deep into the retina where the target cells for retinal diseases are located. “AAV is a respiratory virus and so it evolved to infect lung epithelial cells,” explained Schaffer. “It never evolved to penetrate deep into tissue.”

Patients receiving gene therapy have therefore undergone a direct intraretinal injection, which requires hospitalization and general anesthetic, and can sometimes even damage the retina. If it were possible to inject AAV into the vitreous instead of the retina and still get gene delivery to the target cells, said Bennett, “one could envision the [doctor saying], ‘Ok, well just come into the office and get your gene therapy, tomorrow afternoon at two.’”

With that aim, Schaffer and colleagues evolved AAV to be better at tissue penetration. They injected regular AAV into the vitreous of mouse eyes and one week later collected photoreceptor cells from deep within the retina. The tiny percentage of AAV vectors that made it into those cells were then amplified, repackaged into virus particles and injected into the vitreous again. They repeated the injection, recovery, and amplification a total of six times, finally isolating 48 AAV variants for sequencing. Two thirds of those isolates turned out to the same variant, and Schaffer and colleagues named it 7m8.

The team then performed intravitreal injection of the 7m8 AAV vector to deliver missing genes into two mouse models of retinal degeneration—retinoschisis and Leber’s congenital amaurosis. In both models, the treated mice showed improved retinal function. Mice receiving their missing genes via intravitreal injection of the standard AAV vector, on the other hand, did not.

Lastly, to determine whether the 7m8 vector would be likely to show similar deep penetration in the human retina, Schaffer injected the vector fused to a fluorescent protein into the vitreous of macaque eyes. Primate retinas are considerably thicker than those of mice, and the vector did not consistently reach the deep cell layers—showing a spotty penetration pattern rather than the wide and even pan-retinal penetration that had been seen in the mice. However, 7m8 did effectively target photoreceptor cells of the fovea—a thinner part of the primate retina that is essential for the sharp detailed vision humans use when reading and driving. “That’s a really important region to protect,” said Schaffer. “For the quality of life of patients who are going blind, if you can at least protect the fovea that would be a huge improvement.”

Schaffer and colleagues don’t yet know what makes the 7m8 vector so much better at tissue penetration than its AAV ancestor, but they plan to find out and use that knowledge to further improve its penetration in the primate retina.

They also plan to use similar directed evolution strategies to improve vector penetration into other body tissues “What this paper illustrates is the ability of purpose-directed vector evolution to achieve a specific anatomic transduction goal,” said Kathy High, a University of Pennsylvania professor of pediatrics who was not involved in the study. “And that’s an important development not just for ocular applications but for others like the liver or central nervous system.”