A prominent geneticist has said he will not to take up the position of executive director and chief scientific officer of the Research Institute of the McGill University Health Centre in Montreal after allegations of gender discrimination during his previous job came to light in a Science news article last week (April 2). Constantine Stratakis, who for the last 10 years has directed the division of intramural science at the National Institute of Child Health and Human Development (NICHD), has been the subject of eight equal employment opportunity complaints since 2013, the article revealed.

Science reported that researchers at NICHD spoke of the low number of women running labs during Stratakis’s tenure there. Between 2011, when Stratakis became the permanent scientific director, and 2020, the percentage of labs run by women fell from 27 percent to 23 percent—both lower than the proportions at other leading children’s research hospitals, which range between 30 percent and 47 percent, Science found.

The article related accounts of disrespectful and demeaning behavior towards women in the division by Stratakis. Of the eight complaints brought against Stratakis since 2013, three were dropped, lost, or dismissed, three were settled, and the remaining two are ongoing.

“Constantine Stratakis does not value the diversity, perspective, and contributions that women bring to the table as physicians and as scientists,” NICHD endocrinologist Lynnette Nieman, who filed a complaint against Stratakis in 2014 and agreed to a settlement the following year, tells Science. “That has shown in his actions, in how he has treated women here, and his poor record in enhancing the diversity of the institute.”

Responding to the allegations in the article, Stratakis told Science in a statement last week “the NICHD intramural program is highly supportive of women scientists,” adding that 9 of the division’s 10 clinical investigators, who don’t run their own labs, are women. Following complaints about gender bias and a lack of women in leadership in late 2014, Stratakis also replaced a male-dominated group of middle managers with a team of associate scientific directors, comprising four men and four women.

The NICHD told CTV News in a statement earlier this week that it is “aware of the Science article and does not agree with several of its conclusions. NIH policy precludes commenting on personnel matters. However, the fact remains that NICHD supports an organizational culture in which women scientists are leaders and are acknowledged and celebrated for their accomplishments.”

In response to Science’s article, more than 500 members of the RI-MUCH, MUHC, and the wider McGill community submitted a position statement on Monday to RI-MUHC’s board of directors requesting that they revoke Stratakis’s hiring agreement. “We respectfully submit that it will not be possible for Dr. Stratakis to effectively meet the requirements of the posted job description, in view of the serious accusations that have come to light,” the statement reads. “The cloud of complaints and ongoing processes prohibits the formation of the relationships of trust required to fulfill the duties of RI-MUHC Executive Director.”

Another researcher who filed an equal employment opportunity complaint naming Stratakis, Erin Wolff, tells Science in a second article this week that she is happy about the news he won’t be taking up the role. “I’m pleased that his withdrawal will not give him a fresh opportunity to stifle the careers of women scientists and scientists who do women’s health research.” 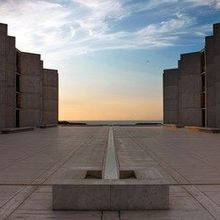