Scott Newman, a cancer biologist at St. Jude Children’s Research Hospital, and his colleagues performed whole genome, exome, and RNA sequencing on tumors from 253 pediatric oncology patients, as well as whole genome and exome sequencing on healthy tissue samples from the same children. “It is a whole lot of sequencing. I admit that,” Newman said during his presentation of the project, called Genomes for Kids. Yet, the data revealed at least one insightful result—either a diagnosis, a potential drug target, or a prognosis—for nearly 200 of the patients.

The testing comes at a cost—$8,600 per patient. That may seem high, Newman noted, but relative to the thousands of dollars spent on cancer care, it’s worth it to the patient if it can improve diagnosis, prognosis, or treatment. Time is also a consideration. The testing is “pointless if it takes six months,” Newman said. The team created a framework making results available in less than 30 days and therefore more feasible to use in the clinic, he added.

To further demonstrate the benefit of sequencing, the team compared the sequencing results to data in the COSMIC Cancer Gene Census, a catalog of gene mutations causally linked to cancer. Several of the cancer-linked variants identified in Newman’s collection were in genes not present in COSMIC, suggesting the value of the more-extensive genetic testing.

Comparing his team’s sequencing results to cancer panels, which look for specific genes or mutations linked to particular types of cancer, also revealed that the panel tests missed 11 percent to 16 percent of actionable genes, those relating to diagnosis, prognosis, or treatment. “This is either good news or bad news, depending on how you look at it. Personally, I am amazed at how well these panels do and how well they have been designed,” Newman said. “But . . . if you want to know every mutation that you would probably want to report, you have to do comprehensive sequencing.”

In his talk, Newman did not report any specific clinical benefits of the sequencing, but he tells The Scientist he could foresee clinicians using the testing in cases of acute leukemia where a patient is given Ruxolitinib to block activation of the JAK-STAT pathway. If the patient takes the drug, then relapses, the trio of genetic tests could help to identify other treatment options early on. Rare solid tumor diagnoses are another area where whole genome, exome, and RNA sequencing could replace the vague diagnoses patients are often given now.

“We’re also combatting diagnostic odysseys, which are often expensive and take time,” he tells The Scientist. The goal with the comprehensive genetic testing, he explains, is to remove diagnostic complexities up front and act on the data. 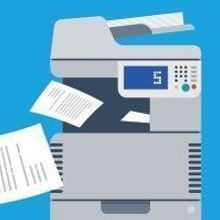