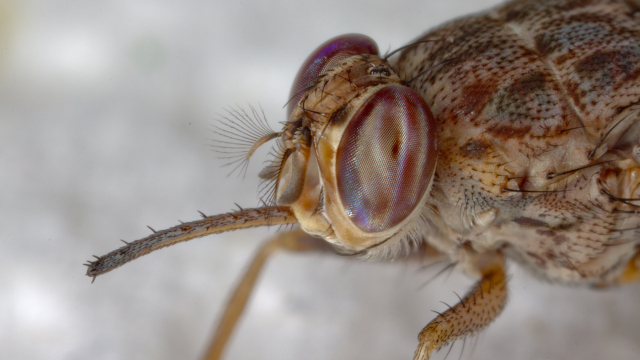 Members of the International Glossina Genome Initiative have reported a genome for the tsetse fly (Glossina morsitans morsitans), the sole vectors of trypanosomiasis, or sleeping sickness, throughout sub-Saharan Africa. In their sequence and analysis were published in Science today (April 24), the researchers uncovered 12,308 predicted protein–encoding genes, which they hope will aid in disease prevention and pave the way for a better understanding of G. morsitans morsitans biology.

“This information will be very useful to help develop new tools that could reduce or even eradicate tsetse flies,” John Reeder, director of the Special Programme for Research Training in Tropical Diseases at the World Health Organization, said in a statement.

“Understanding the biology of the tsetse fly is an essential step to right the disease and... 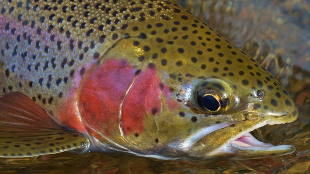 The rainbow trout (Oncorhynchus mykiss) is raised in aquaculture the world over and is among the most studied fish species. Scientists in France have now sequenced its genome, uncovering evidence of whole-genome duplications that were landmarks of vertebrate evolution and the divergence of teleost fish. The team uncovered and examined two copies of the ancestral salmonid genome within the rainbow trout genome, and used it to infer evolutionary relationships between the fish.

“Due to a relatively recent WGD [whole-genome duplication], the rainbow trout thus provides a unique opportunity to better understand the early steps of gene fractionation,” the rearrangement of the genome following duplication, the researchers wrote in Nature Communications this week (April 22). They added that their results challenge the hypothesis that whole-genome duplications are “followed by massive and rapid genomic reorganizations and gene deletions.” 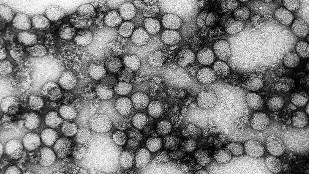 Yellow fever virus, which is related to one segment of JMTVCDCSpecies: Jingmen tick virus (JMTV)

Researchers from the Chinese Center for Disease Control and Prevention in Beijing and their colleagues described in PNAS this week (April 21) a previously unidentified segmented RNA virus of ticks called Jingmen tick virus (JMTV). JMTV contains two segments from an unsegmented flavivirus, plus two other segments of unknown origins. The tick-borne virus is distributed across China, the researchers reported, inhabiting Rhipicephalus and Haemaphysalis species in particular.

“To our knowledge, JMTV is the first example of a segmented RNA virus with a genome derived in part from unsegmented viral ancestors,” the researchers wrote in their paper. “Collectively, these results demonstrate the remarkable diversity of viral genome structures as well as a previously unidentified evolutionary link between unsegmented and segmented viruses.” 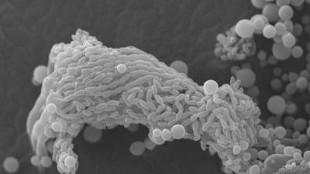 An international team led by investigators at the Pasteur Institute in Paris, Duke University in Durham, North Carolina, and the Broad Institute in Cambridge, Massachusetts, published whole-genome and transcriptome sequences for the fungal pathogen Cryptococcus neoformans var. grubii in PLOS Genetics this month (April 17). C. neoformans var. grubii infection can cause meningoencephalitis in immunocompromised patients and is responsible for some 600,000 deaths worldwide each year, the researchers noted.

In its analysis, the team uncovered molecular signatures of the pathogen’s virulence and ability to adapt to changing conditions. “Cryptococcus neoformans has to cope with a large number of different stresses and probably needs a very flexible metabolism,” Pasteur Institute mycologist Guilhem Janbon, who led the work, said in a statement. “It is tempting to hypothesize that its complex RNA metabolism provides a mechanism to achieve such flexibility.”

Study coauthor Christina Cuomo, who leads the Broad Institute’s Fungal Genome Sequencing and Analysis group, added: “This genome will serve as an important reference for the field, to enable a wide range of analysis from examining individual genes to comparing the genomes and transcriptomes of other strains and conditions.”