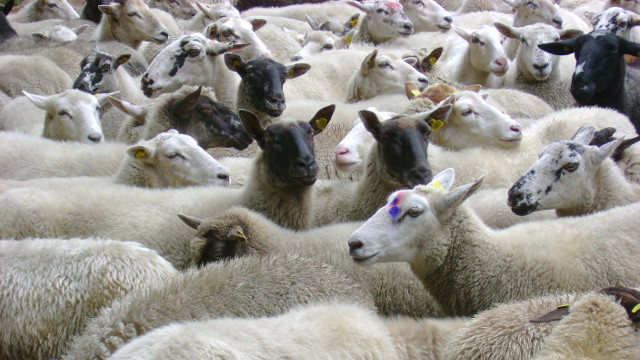 Scientists are one step closer to fighting antibiotic resistance in a major agricultural parasite, thanks to a genome unveiled last month (August 28) in Genome Biology.

Every year, a little-known nematode called the barber’s pole worm causes hundreds of millions of dollars in livestock losses worldwide. The parasitic worm, named for the pink spiral around its body, feeds on the blood of goats and sheep, causing death in severe cases. A number of drugs exist to combat worm infections, but like many agricultural pests, some barber’s pole worms have developed resistance to all existing antibiotic treatments.

In order to understand how such resistance arose, a team of researchers from Australia and the United States sequenced the worm’s genome for the first time—using an individual that remains susceptible to antibiotic treatments....

“Not only is this worm closely related to many other parasites of livestock, it is also similar to some species of worms in humans.” John Gilleard, co-senior author from the University of Calgary, said in a statement. “This makes it an extremely important model parasite species for experimental studies.” 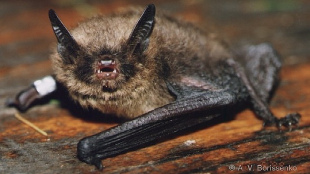 There’s a well-documented correlation in the animal kingdom between body size and lifespan—elephants can survive into their 60s, for instance, while mice tend to live much shorter lives. Perhaps the most extreme exception to this rule is the tiny Brandt’s bat, which can live for more than 40 years but weighs about as much as an American quarter.

Now, in a step toward understanding the secret of its longevity, scientists have sequenced the bat’s genome. The study, published August 20 in Nature Communications, suggests that key changes in a protein to which growth hormones bind may be responsible for its exceptionally long life. Such changes are rare in other mammals. The analysis also revealed the genetic basis for the species’ hibernation and echolocation adaptations. 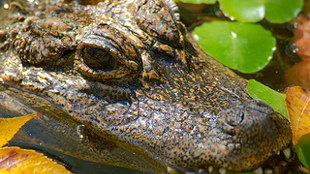 Scientists have sequenced the first crocodilian genome, that of the endangered Chinese alligator, which was reported in Cell Research last month (August 6).

“We chose the Chinese alligator,” the authors wrote, “with the hope of providing information that could help design scientific captive-breeding programs for population recovery project of this endangered species.” Only 100 Chinese alligators remain in the wild, while the captive population exceeds 10,000.

In addition to potential conservation benefits, the study identified the genetic basis for a number of evolutionary traits unique to crocodilians, including the ability to dive and remain submerged in water for long periods of time.

Unlike mammals and birds, crocodilians do not possess sex chromosomes; rather, the sex of their offspring is determined by temperature. The Chinese alligator is the first temperature-dependent species to have its genome sequenced, and thus helps to fill a gap in understanding how the trait evolved. Crocodilians also possess powerful immune systems that resist microbial infection. The researchers were able to pinpoint genetic evidence for this adaptation as well. 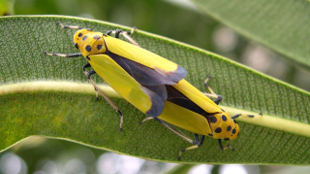 Two-hundred-sixty million years ago, Sulcia and Nasuia were free-floating bacteria. But by 200 million years ago, both had taken up residence in the guts of leafhoppers, where they’ve remained as symbionts ever since. Leafhoppers feed on the juices of the sugar-transporting phloem of plants. Phloem sap is low in amino acids, but bacterial symbionts like Sulcia and Nasuia convert the liquid into proteins their insect hosts can use.

In the stable niche of insect guts, these bacteria have been able to streamline their DNA, stripping down to only the most basic genes needed for survival. How small can they go? Everywhere they look, scientists are finding new record-holders for the smallest known genome. Right now, that title belongs to Nasuia deltocephalinicola, whose recently sequenced genome—clocking in at a mere 112,000 base pairs—was reported in Genome Biology and Evolution last month (August 10).

In addition to shedding light on how tiny genomes function, the study may also have agricultural implications, as the leafhoppers in which Sulcia and Nasuia reside are a major crop pest. By understanding the gut bacteria that enable their hosts to survive, it may be possible to target and control the insects. 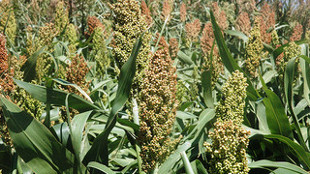 Domesticated sorghum is a dietary staple for 500 million people in Asia and Africa. The grain-bearing grass falls in the same family as rice, maize, and wheat, but is highly drought-resistant and will grow in marginalized lands where other food crops fare poorly. Its genome was first sequenced in 2009. Now, researchers have analyzed genomic data from 44 different types of sorghum, in which they discovered a surprising amount of genetic variation within the species, as well as in its wild counterpart (Sorghum propinquum).

Writing in Nature Communications last month (August 27), the study’s authors noted that sorghum’s genetic variation is good news for researchers interested in manipulating the grass for agricultural purposes. Sorghum has been underdeveloped as a cereal crop, and the variability between its domesticated and wild lines offer scientists a full array of options to exploit. As the global population rises, low-input crops like sorghum will become increasingly critical to feeding the world. 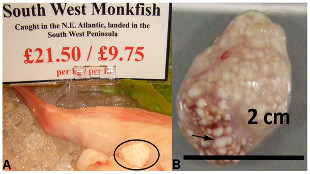 Microsporidians, a phylum of poorly understood parasites now believed to be related to fungi, live inside the cells of insects, crustaceans, fish, and occasionally humans. Spraguea lophii takes up in the cranial nerves of monkfish, and something striking happens when it manipulates its host cells: Spraguea converts nervous tissue into swollen spore factories called xenomas. These fleshy clusters can reach several centimeters in size, but while xenomas may look grotesque, they rarely impact the health of infected monkfish. Other microsporidian species, however, produce xenomas that can kill fish and pose a threat to fisheries.

To better understand this diverse phylum and its interactions with hosts, a team sequenced the Spraguea lophii genome. They isolated proteins involved in xenoma production, including two they believe are conserved across microsporidians. The results were published last month (August 22) in the journal PLOS Genetics.

“Our study provides new insight into the importance of uncharacterized, lineage-specific and/or fast evolving proteins in microsporidia and provides new leads for the investigation of virulence factors in these enigmatic parasites,” the authors write.