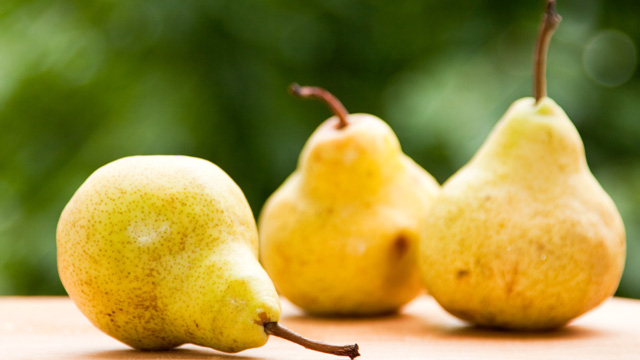 Interesting fact: Pears originated more than 55 million years ago in southwest China and are some of the first fruits to have been farmed. In April 2010, an international team of 60 researchers began working on the first draft of a pear genome—that of the Asiatic pear commonly known as Suli, (Pyrus bretschneideri Rehd. cv. Dangshansuli). Although the results have yet to be formally published, the sequence data have been made freely available online. Researchers expect the genome will shed light on the fruit’s commercially important traits, such as flavor, color, quality, and shelf life.

Interesting fact: Chagas disease is a tropical parasitic disease that infects humans and other mammals and can lead to... Interesting fact: Although the first draft of the maize genome was published in 2009, an international consortium of maize researchers have sequenced more than 200 additional maize varieties, as well as 19 wild relatives and Eastern gamagrass (Tripsacum dactyloides)—a grass native to the eastern United States belonging to a sister genus of maize. Their work provides a closer look at the domestication of the staple crop—revealing some 55 million single nucleotide polymorphisms, as well as thousands of genes selected for during the domestication process.

Interesting: Although it took nearly 9 years in the making, researchers have recently unveiled the first draft of the tomato genome. The analysis revealed that the genome has triplicated twice. The first triplication occurred 130 million years ago, while the second occurred relatively recently, around 60 million years ago. It was after this second triplication that the tomato developed the fleshy fruit we are so familiar with today.

Interesting fact: By sequencing cell-free fetal DNA circulating in the mother’s blood, in parallel to sequencing the parents’ DNA, researchers have managed to reconstruct the whole genome of a fetus. They hope to turn this technique into a non-invasive prenatal test that will replace current invasive procedures that sample the placental tissue and amniotic fluid in order to test for genetic disorders, in a fetus.