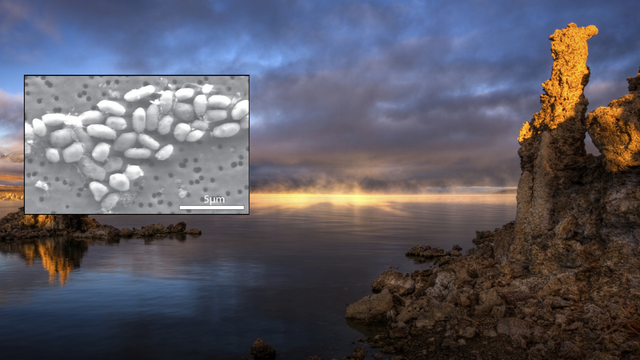 Interesting fact: The bacteria made waves last year when researcher Felisa Wolfe-Simon and colleagues suggested the bacteria not only lived in arsenic-rich environment, it integrated the potentially toxic element  into its DNA in lieu of phosphorus. Other scientists were highly skeptical. The new genome can’t settle the debate, although the bacteria have fewer arsenic-tolerating genes than those found in garden variety Escherichia coli. Data mining and modeling will likely be needed to sort out what most of the other genes in the genome do. Interesting fact: The sequence, the first of any butterfly species, may hold clues to how the monarch completes its epic migration from the US to Mexico every year. To manage... Interesting fact: The spider mite is a major agricultural pest that devours over 1,100 plant species, including tomatoes, peppers, and maize. In addition to evolving the ability to produce silk, the bug also has genes that help it detoxify plants and eat a large variety of foods—which may help explain its voracious and indiscriminate appetite.

Interesting fact: Penicillin-resistant strains of Streptococcus pneumoniae have evolved a number of penicillin-binding proteins. But the new genome reveals that those well-known changes may not be the key to resistance. Instead, the wily bacteria have evolved other means of surviving penicillin treatments, including a mutation in an iron metabolizing gene that helps the microbes avoid the toxic build up of reactive oxygen species. The mutation also conferred resistance to an array of other antibiotics.

Interesting fact: The stick-like mushroom, known as pupa grass and used in traditional Chinese medicine, is known for its bug-killing ability. One of the compounds in the fungus is in clinical trials to test its cancer fighting ability. Yet little is known about its reproductive cycle, which limits how easily it can be cultivated. The new genome reveals that different individuals of the species have different sexes, but the fungi can fruit without having sex.