Calling Phragmites australis the common reed really undersells its pervasiveness. The up to 6-meter-tall wetland grass has been vexingly ubiquitous in North America since a European subspecies was introduced in the 1800s and spread widely and aggressively. In fact, the plant is so tenacious in wetland habitats that it chokes out native North American lineage of the species (sometimes considered a separate species dubbed P. americanus) as well as many other native plants, lowering floral species richness by almost three fold and pushing out specialist marsh animals, including many threatened and endangered species.

Despite decades of research, one enduring mystery is why the European lineage is so invasive in North America, when its close kin have existed on the continent for millennia without taking over wetlands. Genetic studies have revealed tantalizing clues, including ploidy levels in the European lineage ranging from 2 to 12x and higher. But genetic investigations into the European lineage’s invasiveness have been hindered by the lack of a high-quality assembly to use as a reference. That changed on November 28, with the publication of a reference genome for the species in Molecular Ecology. 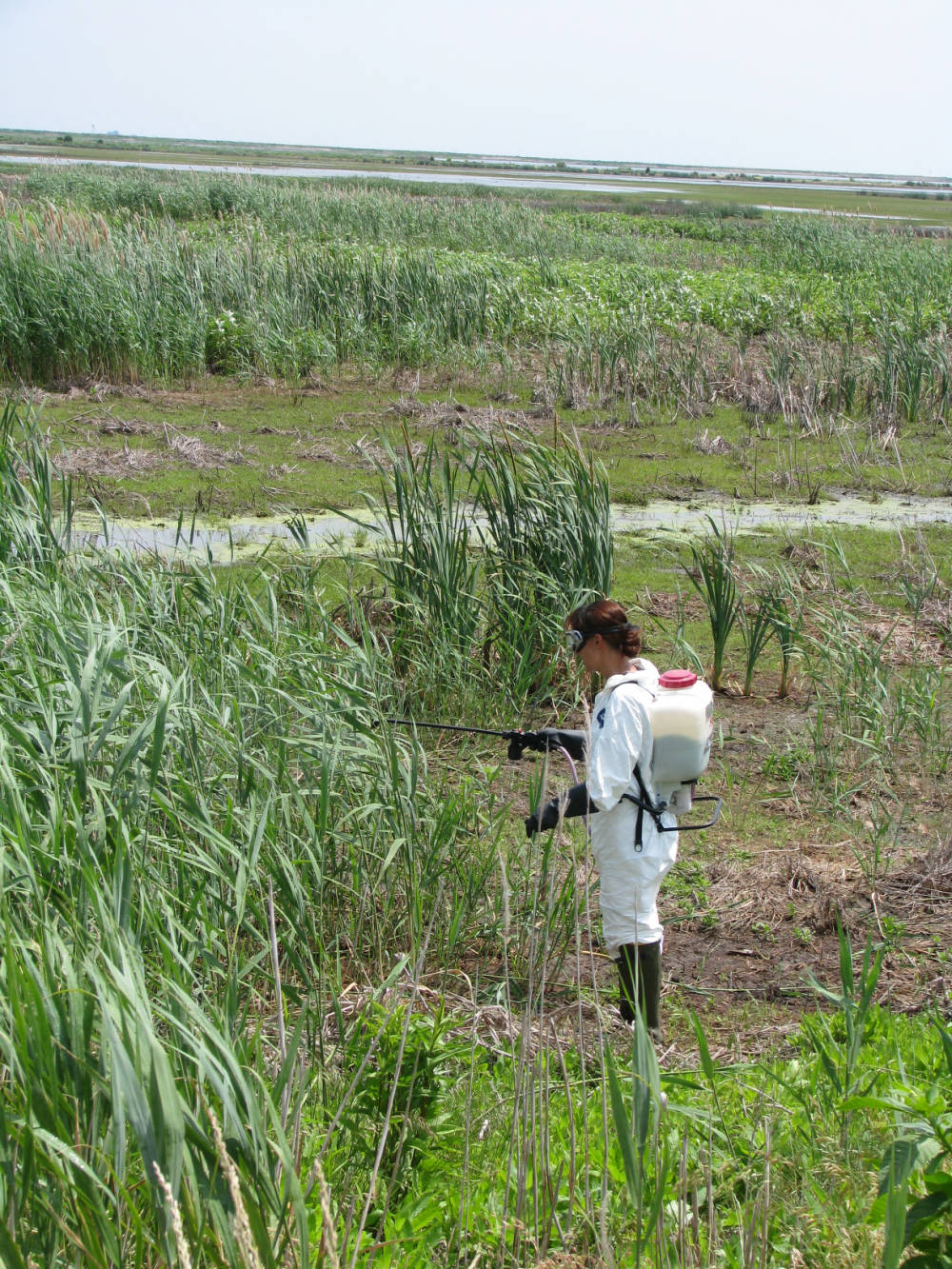 The paper authors, led by Tulane University’s Keith Clay, built the genome from long reads produced by the continuous PacBio RSII single-molecule real-time sequencing platform. The researchers assembled the 1.14-Gb genome from more than 13,400 gap-free chunks of genome where multiple sequences overlapped. Annotation models estimated the plants have nearly 65,000 genes, though more than half of the genome (~56.2 percent) is composed of repetitive sequences, mostly retrotransposons (~36.4 percent).

Comparisons with other plants in the monocotyledon clade, which contains tens of thousands of species of grass-like plants, revealed that the genus Phragmites underwent a whole genome duplication at some point in its evolution. While many of the duplicated genes were lost, at least 14,000 remain, and they could play important roles in the plant’s biology and ecology. According to the paper, many of these genes are transcription factors that could provide “novel genetic material for selection to act facilitating its potential as an invasive species.”

The team also generated transcriptomes for invasive and native individuals and found striking differences in basal gene expression, particularly with regard to the plants’ stress response genes: the transcript abundance for biotic stress response genes was higher for the invasive lineage. That may lead to the invasive plants being “primed” to respond to pathogens and other biotic stressors, making them better able to outcompete their unprimed kin, particularly in disturbed habitats.

Many questions remain, including whether ploidy plays a role in invasiveness (the genome assembled was functionally diploid), and to what extent the genetic and genomic differences between native and invasive reeds can inform management strategies. The authors write that the assembly will serve as “a genomic foundation for development of new management approaches,” noting that it specifically opens up the possibility of using RNA interference (RNAi) to knock down the gene or genes giving the invasive lineage an edge. They also note that more research is needed to identify RNAi targets and test any such control technologies developed, particularly when it comes to their effects on the native Phragmites lineage.

Manzanitas are iconic shrubs endemic to western North America that fill pivotal ecological niches in their homelands’ fire-prone landscape. The first manzanita genome, published in late November in the Journal of Heredity, will help inform genetic diversity monitoring for the group’s many endangered species, the authors of the paper write, as well as propel deeper investigations into the plants’ adaptations and evolutionary history.

Few high-quality spider genomes exist despite the group’s size (more than 50,000 species) and ecological diversity. Because of this, the eight-legged animals’ evolutionary genomics remain largely unexplored. The genome sequence for one of the Hawaiian long jawed spiders, T. kauaiensis, published in late November in Genome Biology and Evolution, may help explain the many mysteries within spider DNA, including extreme variations in genome size between species, perhaps driven by transposable elements or ancient whole-genome duplications, the paper's authors write.

Genome Spotlight is a monthly column for The Scientist’s Genetics & Genomics newsletter that highlights recently published genome sequences and the mysteries of life they may reveal.