ABOVE: © ISTOCK.COM
JUST DO IT!

In a report by the United Nations–backed panel named the Intergovernmental Science-Policy Platform on Biodiversity and Ecosystem Services, researchers report that 1 million species are threatened with extinction. Global biodiversity is declining at “unprecedented” speed and that speed is “accelerating,” states a press release.

In the 39 page summary of the report, the authors state that 75 percent of Earth’s land surface has been “significantly altered,” 25 percent of species that were assessed are threatened with extinction, and biological communities are becoming “more similar to each other in both managed and unmanaged systems within and across regions.” In addition, the human population has doubled in the last 50 years, creating more demand for energy and resources.

This report lays out in detail how human activities over the last several decades have harmed the environment and biodiversity. “We are eroding the very foundations... 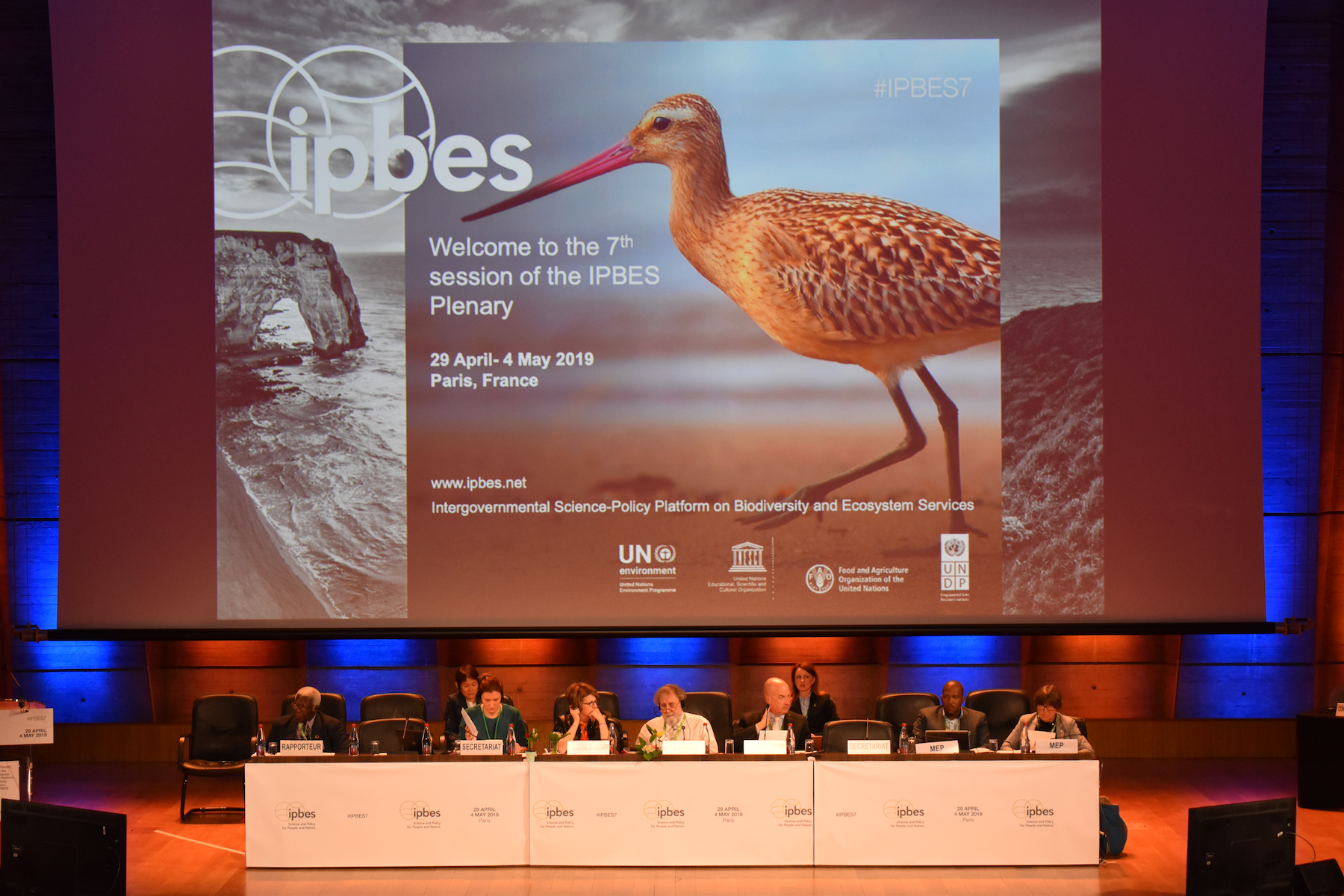 The chairs and committee of the global assessment report from the Intergovernmental Science-Policy Platform on Biodiversity and Ecosystem Services presented the report to the organization’s representatives from 132 countries.
IISD

This report is the first global biodiversity assessment since the UN’s Millennium Ecosystem Assessment in 2005 and the first intergovernmental report of its kind, according to the statement. “No previous assessment has considered at this scale the simultaneous challenge of protecting nature, maintaining water, feeding the planet, supplying energy, while mitigating climate change. . . . This is the most exhaustive report to have ever done that,” says coauthor Kai Chan of the University of British Columbia, according to the BBC.

The report “is significant, because it’s the first global assessment that has been asked for by governments—they’ve been involved in it, they’ve shaped it,” Peter Bridgewater, a biodiversity expert at the University of Canberra in Australia who was not involved with the report, tells Science.

The report compiles input from 455 experts and is based on a systematic review of 15,000 scientific and government sources, states the press release. The report assesses changes that have occurred in the past five decades and also describes scenarios for the future. The full document including data is over 1,500 pages long and will be published later this year.

Experts are hoping that because members of the UN called for this report it may lead to action. “The biological diversity of this planet has been really hammered, and this is really our last chance to address all of that,” Thomas Lovejoy of George Mason University who is not involved with the report tells the Associated Press.

Receive full access to more than 35 years of archives, as well as TS Digest, digital editions of The Scientist, feature stories, and much more!
Already a member?
ADVERTISEMENT
Related Articles