Update (September 18): Scientific Reports has issued an editor’s note, stating that “the conclusions of this paper are subject to criticisms that are being considered by editors.” In a statement sent to The Scientist, Oxitec says it takes issues with a number of conclusions the authors made in their report. Among them, “The authors infer that Oxitec’s self-limiting genes persist in the environment. Yet as confirmed by their own data, multiple other scientific studies and regulatory filings, this is not the case. Oxitec’s self-limiting genes do not establish or spread in the environment.” The journal’s note states that it will issue another response once the issues are resolved.

A field experiment in Brazil that deployed genetically modified mosquitoes to control wild populations of the pest may be having unintended consequences. According to a genetic analysis of mosquitoes in the area, it appears the engineered stock has bred with wild mosquitoes and created viable, hybrid insects, scientists reported in Scientific Reports last week (September 10).

“The claim was that genes from the release strain would not get into the general population because offspring would die,” coauthor Jeffrey Powell, a professor of ecology and evolutionary biology at Yale University, says in a press release. “That obviously was not what happened.”

The biotech company Oxitec began releasing hundreds of thousands of genetically engineered mosquitoes in the city of Jacobina between 2013 and 2015. The idea is that genetically modified (GM) males would mate with wildtype females and pass on a gene that kills their offspring before they themselves can breed, ultimately knocking down Jacobina’s mosquito populations.

The study’s authors, who are not affiliated with Oxitec, began sampling mosquitoes in Jacobina before, during, and after the deployment of the GM insects. They created a genetic panel that distinguished the wildtype mosquitoes from the introduced ones and found that insects analyzed more than two years after the releases stopped were progeny of both wildtype and mutant, or OX513A, lineages. “The degree of introgression is not trivial,” the authors write in their report. “Depending on sample and criterion used to define unambiguous introgression, from about 10% to 60% of all individuals have some OX513A genome.”

Oxitec takes issue with Powell’s study. The company tells Gizmodo it is “currently in the process of working with the Nature Research publishers to remove or substantially correct this article, which was found to contain numerous false, speculative and unsubstantiated claims and statements about Oxitec’s mosquito technology.”

Texas and Florida have considered using Oxitec’s GM mosquitoes to control populations in their states. On September 11, the Environmental Protection Agency posted a request for public comment on Oxitec’s application to release engineered insects in the Florida Keys. If approved, it would be the first deployment of the animals in the US. 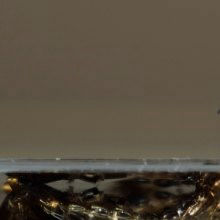 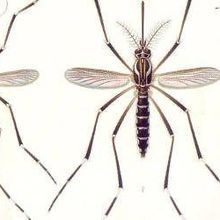 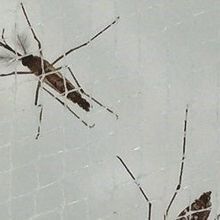