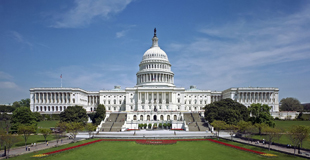 West front of the United States CapitolWIKIMEDIASequester and shutdown

On March 1, automatic spending cuts—known as the sequester—went into effect in the federal budget. Government agencies across the board were affected. The National Institutes of Health (NIH), for instance, was required to cut 5 percent of its budget, or $1.55 billion dollars, which the agency predicted would result in 640 fewer grants awarded in 2013 than in fiscal year (FY) 2012.

Problems only got worse when the government shut down completely October 1, after Congress failed to pass a 2014 spending bill. The Environmental Protection Agency, Centers for Disease Control and Prevention, and research and medical facilities at the NIH were among the sites effectively closed for the duration of the 16-day shutdown, which resulted in some researchers completely scrapping some projects. “For me, the ultimate impact is loss of time,” CDC Research Fellow Cory Gall of...

The effects of the chronic issues stemming from sequestration and the acute problems that accompanied the shutdown will probably continue to be felt by scientists for years to come.

“Given the impact we already have seen, we urge the members of the House and Senate who are negotiating funding for FY 2014 and beyond to end sequestration, enable investments in scientific research and higher education, and restore the dividends these investments produce for our economy and society,” Northeastern University President Joseph Aoun, said in a press release.

Henrietta Lacks’ cervical cancer cells, or HeLa cells, have been used for research purposes without her or her family’s permission or knowledge for more than six decades. But this March—after the HeLa genome was published and posted in a public database without consent, and then removed—the NIH and the Lacks family came together to discuss access to the information. NIH representatives announced their guidelines for the genome data’s use on August 7 in Nature. The agreement details terms that make the HeLa cell genome available only to scientists who apply for access, use the genome data solely for research purposes, and credit the contribution of Henrietta Lacks and her family to science. A board—including Lacks family members—will review the applications for use of the data and resulting papers to determine whether the Lacks’ family’s scientific contributions are properly acknowledged.

“What’s important is that this is a very big statement from the NIH and from the scientific community saying, ‘It matters to know what the subjects want and to tell them what’s going on,’” Rebecca Skloot, author of The Immortal Life of Henrietta Lacks, told The Scientist in August. “In that way, yes, this is setting an important precedent.” 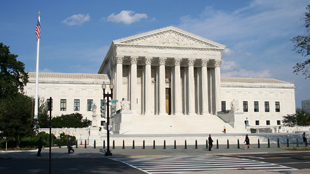 On April 15, the Supreme Court heard arguments in the case against Salt Lake City-based Myriad Genetics. The company held patents related to the BRCA1 and BRCA2 genes that are associated with breast and other cancers, which gave Myriad a monopoly on testing for such mutations. The plaintiffs, which included the American Civil Liberties Union and the Public Patent Foundation, argued that no entity should hold a patent on parts of the human body, including genes.

Scientists called the decision a victory. University of Washington Professor Mary-Claire King, who discovered and published the link between BRCA1 and breast cancer in 1990, told New Scientist, “I am delighted. This is a fabulous result for patients, physicians, scientists, and common sense.”

The US Food and Drug Administration (FDA) issued an open letter to Ann Wojcicki, CEO of direct-to-consumer genetic testing firm 23andMe, on November 22, telling the company to stop marketing its $99 Personal Genome Service (PGS). The FDA cited refusals on the part of the company to respond to communications from the FDA and lack of proper vetting of the PGS product, which gave customer genetic results, with analyses based on ancestry and potential health implications. After almost two weeks of silence, 23andMe responded with a press release and a change to its policies and website. The company announced that it would provide raw genetic data, as well as ancestry information, but that they would no longer offer health interpretations for new customers.

“We remain firmly committed to fulfilling our long-term mission to help people everywhere have access to their own genetic data and have the ability to use that information to improve their lives,” 23andMe cofounder and CEO Anne Wojcicki said in the release. “Our goal is to work cooperatively with the FDA to provide that opportunity in a way that clearly demonstrates the benefit to people and the validity of the science that underlies the test.” 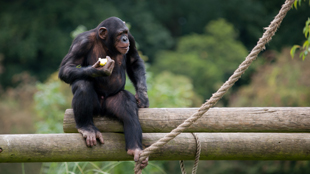 An NIH working group recommended on January 22 that half of ongoing chimpanzee studies at the agency be shut down and that the majority of the chimps retire to sanctuaries. The NIH made the report available for public comment through March 23 and decided to accept the changes recommended by the group on June 26. The agency planned to maintain, but not breed, 50 animals for necessary future research, and planned to reevaluate the necessity of using chimpanzees in research in five years.

In October, chimp retirement was stalled by the lack of an appropriations bill, which delayed changes to the Chimp Act—a bill that capped the amount of money earmarked to move animals to and support animals already in sanctuaries at $30 million dollars.

“Moving these chimps to sanctuary care is not only the right thing to do, but doing so would also be more cost-efficient for NIH and for taxpayers,” Iowa Senator Tom Harkin said in a statement to ABC News. “I hope that Democrats and Republicans can work together to ensure that NIH can use resources it already has on hand to ensure these chimps’ well-being now and in the future.”

On November 27, President Barack Obama signed a bill to support the retirement of the NIH’s chimps to a sanctuary in Louisiana. “With the funding roadblock removed, NIH can begin to move forward with our previously stated plans to transfer all but 50 of the NIH-owned research chimpanzees, over time, into the federal sanctuary system,” NIH Director Francis Collins said in a statement.