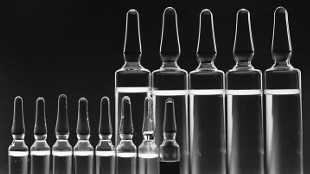 WIKIMEDIA, NCIGut microbes—or a lack thereof—can significantly affect the efficacy of certain cancer therapies elsewhere in the body, according to two studies appearing in Science today (November 21). Independent teams show in mouse models of cancer that gut microbes appear to modulate the host immune responses sparked by the anticancer drug cyclophosphamide, as well as by certain types of immunotherapy and chemotherapy. Both found that germ-free mice responded less well to tumor-targeting therapies than animals with rich gut microbiomes.

“Most of the time we think about the gut microbiome shaping the local environment. Now these papers are breaking the glass ceiling and going into extra-intestinal organs . . . and influencing activities of drugs,” said Christian Jobin, a professor of infectious diseases and pathology at the University of Florida who reviewed both studies, and was not involved in either. “That’s really quite unique.”

While previous studies have unearthed...

“Both studies are very exciting in that they show initial links between gut microbiota and [response to] therapies,” agreed Harvard University’s Peter Turnbaugh, who was not involved in the investigations. The papers, he added, “underscore the importance [of] microbes in shaping not just our initial predisposition to disease, but also our recovery from it.”

“We found out that the translocation of these bacteria and immunization of the host against these bacteria . . . is why we see so many TH1 cells in the spleen or in the blood of patients [treated with cyclophosphamide],” said Laurence Zitvogel, the INSERM immunologist who led the study. More broadly, she and her colleagues propose that gut microbes may often modulate the immune response to anticancer therapies.

The National Cancer Institute’s Romina Goldszmid and her colleagues have suggested a similar hypothesis—that gut microbes shape inflammation within the tumor microenvironment. The researchers found that the mouse gut microbiome shaped both local and systemic inflammation, which is known to contribute to the development of cancer. In germ-free or antibiotics-treated mice, Goldszmid and her colleagues found that tumor-infiltrating myeloid-derived cells responded poorly to CpG-oligonucleotide immunotherapy and platinum chemotherapy, in part because of reduced cytokine production and lower production of reactive oxygen species, respectively.

“I was a bit surprised that the gut bacteria could have such an impact on modulating distant inflammation of the tumor environment,” said Goldszmid. Though she and her colleagues suspected that the CpG therapy’s antitumor effect was rooted in a proinflammatory response already known to be regulated by gut microbiota, the team was not expecting “the extent [to] which inflammatory cells’ reactive oxygen species production was required for the genotoxic effect of the [platinum] drugs, and strictly dependent on the presence of gut microbiota,” study coauthor Giorgio Trinchieri, who heads up the Cancer Immunobiology Section at NCI’s Center for Cancer Research, elaborated in an e-mail.

Goldszmid, Trinchieri, and Zitvogel all cautioned that extensive validation work remains to be done, and that their findings have yet to be confirmed in humans. Further studies are also needed to unravel the mechanisms by which gut microbes influence inflammation and immunity.

Taken together, the INSERM- and NCI-led studies stress the potential importance of the gut microbiome during cancer treatment. Much like researchers are identifying genomic variants that correlate with drug response, “by looking at the microbiome, maybe some people don’t have the bugs to show the best response to drugs,” said Jobin. “If we learned more about how these bacteria impact drug efficacy, then we could be more precise in the way we intervene on disease activity.”

Both studies also point to the perils of antibiotic overuse.

“It has been demonstrated, and our present study has confirmed, that after antibiotic treatment the bacterial composition in the gut never returns to its initial composition,” Trinchieri said. “Thus, our findings raise the possibility that the frequent use of antibiotics during a patient’s lifetime—or to treat infections related to cancer and its side effects—may affect the success of anticancer therapy.”

And microbial resistance to antibiotics is on the rise. “On the microbial side, it would be interesting to know whether resistance to these compounds plays a role in determining whether or not [gut bacteria] could continue to provide these immunomodulatory effects,” Turnbaugh added.

Blaser echoed this sentiment. “We can harness our microbes to help us fight cancer,” he said. “Conversely, when we disrupt our microbes, it might make fighting cancer harder.”