Years ago, when a family member was diagnosed with schizophrenia, University of Florida physiologist Bruce Stevens began scouring mental health research for effective treatments. One study in particular caught his attention and ultimately changed the trajectory of his own research.

In the study, schizophrenia patients had been treated for an infection with the antibiotic minocycline, and their psychosis had cleared up. The study authors suggested that the patients’ improved mental state was thanks to minocycline tamping down inflammation in the brain. But Stevens had a different idea. He wondered whether the antibiotic was “somehow knocking down bad bacteria” in the gut that might influence the patients’ psychosis. If so, gut bacteria might not only play a role in schizophrenia, Stevens supposed, but also in other mental health disorders, including anxiety and depression.

“If you would have asked a neuroscientist 10 years ago whether they thought the gut microbiota could be linked to depression, many of them would have said you were crazy,” says Jeroen Raes, a systems biologist and microbiologist at KU Leuven in Belgium. Yet evidence from small studies of humans and decades of animal model research have begun to show a link between the gut microbiome and mental health, making Stevens’s idea seem less so far-fetched, and opening the floodgates for researchers to attempt to identify the specific microbes that may influence the brain.

In a study published in February, for example, Raes and colleagues found that, compared with healthy controls, patients with depression had lower levels of Coprococcus and Dialister bacteria—even after taking into account patients’ use of antidepressants. Later that month, a separate team reported that the abundance of several types of bacteria, including Veillonellaceae and Lachnospiraceae, correlated with schizophrenia severity, and that the presence of a panel of specific microbes enabled the researchers to differentiate individuals with schizophrenia from healthy subjects more often than not.

With these kinds of studies, “what we want to get to is a place where we actually have biomarkers that are informative to treatment or prognosis,” Jane Foster, a neuroscientist at McMaster University in Ontario, tells The Scientist. Unlike in cancer or other conditions, for which doctors can do blood tests or test tissues to develop a plan of care for patients, “we don’t have those abilities in mental health,” she notes. “So these proxies for individual differences [in the gut microbiota] are actually where this area of research is going to have the biggest impact.”

If you would have asked a neuroscientist 10 years ago whether they thought the gut microbiota could be linked to depression, many of them would have said you were crazy.

Researchers are also interested in understanding the mechanisms by which the microbiome might be driving the mental health disorders it appears to be associated with. In the schizophrenia study, for example, researchers transplanted stool samples from some of the 130 or so people who took part into germ-free mice and then monitored the mice’s behavior and brain levels of neurotransmitters. Mice receiving transplants from schizophrenia patients were more hyperactive in open spaces and exerted more effort during a swim test than the mice receiving stool transplants from the healthy subjects. The two groups of mice also had different levels of glutamate, glutamine, and GABA in their hippocampi. All of these amino acids are neurotransmitters essential for brain function, and their levels in the brains of the mice receiving transplants from people with schizophrenia reflect the chemical patterns observed in the patients, says study coauthor Julio Licinio, a psychiatrist at SUNY Upstate Medical University in Syracuse. The results suggest that the microbiome could drive changes in the brain that lead to changes in behavior, he adds.

“But mice aren’t men,” Raes says, and there are various other factors, such as stress, that could prompt mice to behave in similar ways to humans with mental health disorders without the need for similar brain chemistry. Raes and his colleagues’ recent study took a different approach to the problem by using a large human dataset to look for microbiome differences between healthy and depressed individuals. In the analysis, the team first compared the gut microbiota of 1,054 individuals and identified depletion of Coprococcus and Dialister as possible drivers of depression. The team then used a separate cohort of 1,070 individuals to validate the results and found a “strong associative signal” between the abundance of these gut microbes and quality of life based on patient surveys.

Raes and colleagues also used a computational framework to analyze whether certain gut bacteria could produce or break down neuroactive compounds in the gut. The genomes of Coprococcus species, for example, contain DNA sequences capable of generating DOPAC, a metabolite of the neurotransmitter dopamine, which is associated with depression when depleted. The results still don’t demonstrate that lower levels of Coprococcus and Dialister cause depression, and have yet be validated in mice, Raes concedes. But the findings offer some direction in terms of where to look for possible mechanistic pathways and, in the process, potential therapeutic targets for mental health disorders.

Challenges remain, however. Foster notes that there’s currently a problem with standardization of the tools researchers use to analyze their data and pinpoint specific bacteria underlying health issues. One tool, for instance, might show that one specific bacterium could drive anxiety or depression, while another tool might indicate a totally different set of species. And when it comes to actually capitalizing on this knowledge for therapeutic purposes, Stevens raises another caveat.

“Microbiology is not simple, because it involves ecologies,” says Stevens, who recently finished running a human clinical trial to identify gut bacteria species that may affect mental health. “You can’t take down one bacterium without taking down the whole nest, so translation to treatment is going to be tough. A single species won’t do it.”

Editor's note (July 8): A reference to a source’s family member has been changed to protect the family’s privacy. 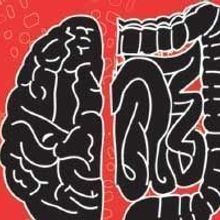 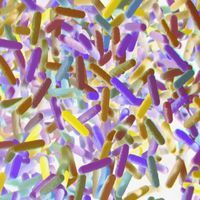