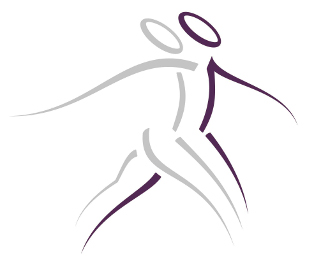 WIKIMEDIA COMMONS, TWINSUKPrevious research suggested host genetic variation can influence microbial phenotype, but an analysis of data from a large twin study published in Cell today (November 6) solidifies the connection between human genotype and the composition of the gut microbiome. Studying more than 1,000 fecal samples from 416 monozygotic and dizygotic twin pairs, Cornell University’s Ruth Ley and her colleagues have homed in on one bacterial taxon, the family Christensenellaceae, as the most highly heritable group of microbes in the human gut. The researchers also found that Christensenellaceae—which was first described just two years ago—is central to a network of co-occurring heritable microbes that is associated with lean body mass index (BMI). They determined that introducing at least one member this bacterial family was associated with reduced weight gain in mice.

“To me, the most interesting and exciting part was their demonstration of heritability of the...

“Our primary goal was to establish, once and for all, whether there was an effect of host genotype on the composition of the gut microbiome,” Ley, an associate professor of microbiology, told The Scientist. “We thought perhaps there would be a few taxa here and there that might be heritable, but [a] list popped up, and it started getting more and more interesting.”

Of particular interest was the family Christensenellaceae, which was the most heritable taxon among those identified in the team’s analysis of fecal samples obtained from the TwinsUK study population.

While microbiologists had previously detected 16S rRNA sequences belonging to Christensenellaceae in the human microbiome, the family wasn’t named until 2012. “People hadn’t looked into it, partly because it didn’t have a name . . . it sort of flew under the radar,” said Ley.

Although interesting, the team’s experimental results in mice are still preliminary, according to Blaser. Patrice Cani, a leader of the Metabolism and Nutrition Research Group at Université catholique de Louvain in Belgium, agreed. “The genetic association is clear,” said Cani. “The impact of these bacteria on body weight is less clear.”

Cani said that by tapping into the TwinsUK study population, the researchers were able to find associations that had previously gone undetected. “We’ve known for almost 10 years that genetic background may have an impact of the gut microbiota,” he told The Scientist. “Here, they have a very high number of subjects [and have] finally come to a conclusion.”

Ley and her colleagues are now focusing on the host alleles underlying the heritability of the gut microbiome. “We’re running a genome-wide association analysis to try to find genes—particular variants of genes—that might associate with higher levels of these highly heritable microbiota.  . . . Hopefully that will point us to possible reasons they’re heritable,” she said. “The genes will guide us toward understanding how these relationships are maintained between host genotype and microbiome composition.”