The US Department of Education is investigating Harvard and Yale Universities for allegedly failing to disclose funds from other nations, according to an statement released yesterday (February 12). First reported by the Wall Street Journal on Wednesday, the investigations are the latest in a series of efforts by the department to crack down on foreign influence in US institutions.

“This is about transparency,” US Education Secretary Betsy DeVos says in the statement. “If colleges and universities are accepting foreign money and gifts, their students, donors, and taxpayers deserve to know how much and from whom. . . . Unfortunately, the more we dig, the more we find that too many are underreporting or not reporting at all.”

The news follows on the heels of investigations into six other universities, including Cornell and MIT, in an effort that the department says has already led to the reporting of $6.5 million in previously undisclosed funding since the beginning of last July. In those cases, the money came from Qatar, China, Saudi Arabia, and other countries.

The statement also notes that Harvard’s Charles Lieber, chair of the university’s chemistry and chemical biology department, was recently arrested and charged with a criminal offense after he was accused of lying about his connections with, and funding from, the Chinese government.

Spokespeople for Harvard and Yale say that the institutions are preparing responses to the Department of Education’s announcement, according to Inside Higher Ed. 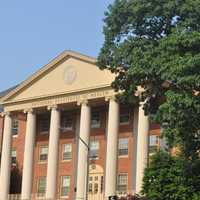