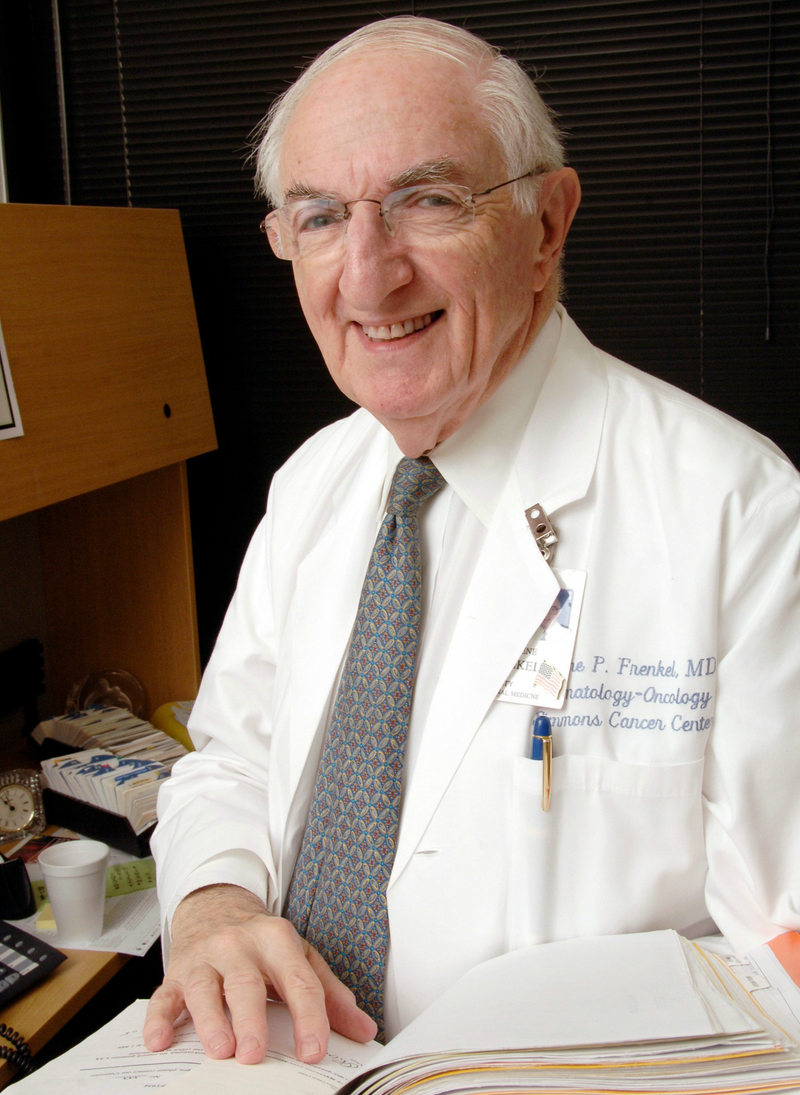 HHematologist and oncologist Eugene Frenkel of the University of Texas Southwestern Medical Center died on June 21, 2019. He was 89. Frenkel’s research contributed to the understanding that vitamin B12 deficiency causes damage to neurons’ myelin sheath, resulting in neural dysfunction. Frenkel also studied drug resistance in breast and genitourinary cancers.

Three academic chairs at UT Southwestern and multiple cancer research funds have been established in Frenkel’s honor over the course of his career, according to a university statement.

Born in 1929 in Detroit, Michigan, Frenkel graduated from the University of Michigan Medical School in 1953. He interrupted his medical residency to serve as an officer and flight surgeon in the US Air Force. UT Southwestern recruited him to Dallas in 1962 as chief of the new Division of Hematology and Oncology. His 57-year career there ended with his death.

In the 1970s, working on animals and human tissue samples, Frenkel dissected the biochemical consequences of vitamin B12 deficiency, in particular, on fatty acid production. His diverse research repertoire later included investigations into circulating tumor cells and potential treatments for various cancers.

Colleagues and patients respected and appreciated Frenkel not only for his research but also for his compassionate bedside manner and his generosity as a mentor to students and other faculty members.

“I have a personal investment, a personal need to try to help others,” Frenkel said in a video posted alongside the press release. “I grew up as a boyhood hoodlum in the streets of Detroit, and I emerged then into this area, and it became more than just personal survival but the recognition that what I do hopefully helps other people and hopefully broadens where we’re going.”

Frenkel is survived by his wife, Rhoda Frenkel, his two children, Lisa and Peter Frenkel, and his daughter-in-law, Asra Kermani, according to an obituary.