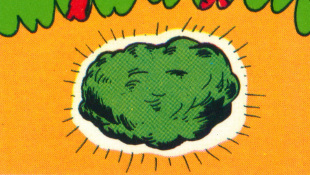 “It’s always difficult to claim absolutely a new lineage until you’ve done some biochemical tests,” said microbial ecologist Jack Gilbert of Argonne National Laboratory and the University of Chicago, who was not involved with the study, “but, genomics-wise, this thing appears to fit outside of our current understanding.”

Genomic analyses place Kryptonia in the Bacteroidetes superphylum, whose members thrive in the gut and in marine...

“This work is very exciting in that it seems to contribute to several populations present in high pH neutral thermal systems that aren’t accounted for yet,” geomicrobiologist Bill Inskeep of Montana State University’s Thermal Biology Institute told The Scientist. Inskeep was not involved in the work.

Kryptonia likely eluded 16s rRNA detection because of a deletion on the gene where the universal primers would bind. DOE scientists eventually identified and confirmed Kryptonia using two powerful techniques—metagenomic sequencing and single-cell sequencing. Nikos Kyrpides, who led the work, chose the Greek name Kryptonia because it means hidden or secret, and because it evokes Superman and kryptonite.

The team first used metagenomic sequencing data collected for previous studies to reanalyze samples taken from more than 4,000 environments worldwide. By looking across such a large number of metagenomes (more than five terabytes of data), the researchers discovered bacterial sequences from four samples that contained a novel 16s rRNA gene.

The researchers then calculated the sequences’ tetranucleotide frequencies to confirm the isolates had similar DNA profiles. At this point, they had reconstructed 95 percent of three Kryptonia genomes and 68 percent of a fourth. But it was still possible that the sequence could have been a chimera of two or more organisms.

Given the abundance of the sequence within metagenomics data, the researchers reasoned they could isolate single Kryptonia cells. Performing high-throughput single-cell flow sorting on frozen samples, they found more than a dozen. Given this, said Gilbert, “they have genomes associated with metagenomic assembly and single cells of these organisms that prove they exist as an organism.”

Scanning the Kryptonia genomes, the DOE team found genes for a flagellum and chemotaxis proteins indicating mobility. The researchers also found Kryptonia lacks the genes to synthesize most amino acids. Particularly interesting is the absence of critical genes for biosynthesis of histidine, an ancient bacterial pathway. This has led DOE postdoc Emiley Eloe-Fadrosh, who presented the team’s unpublished findings at the Joint Genome Institute User Meeting, and her colleagues to speculate that Kryptonia might rely on a partner microbe to make these amino acids. Another novel variation was Kryptonia’s CRISPR/Cas cassette, which appears to be a fusion of two other described bacterial CRISPR/Cas types.

About 5 percent of the genome doesn’t match any known sequence. Eloe-Fadrosh noted the potential to find useful genes for biotech. “Taq polymerase was isolated from hot springs and laid the foundation for PCR and everything [that followed],” she said.

The team is now submitting its findings for publication, and hopes to further understand Kryptonia. “I know a lot of my colleagues would love to get their hands on [these],” said Gilbert.