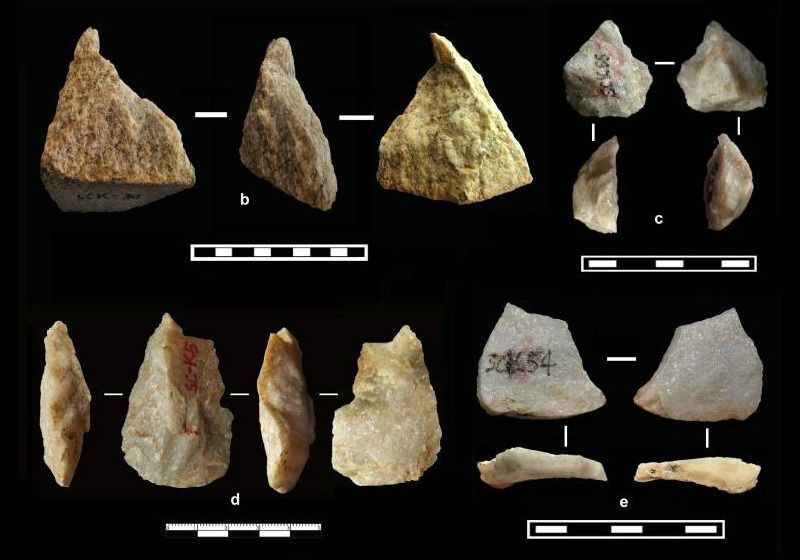 An analysis of stone tools found embedded along the sides of a gully in China suggest members of a hominin species were in the area 2.1 million years ago, researchers report today (July 11) in Nature. Prior to the new discovery, the oldest evidence of the Homo genus outside of Africa was Homo erectus fossils found in the country of Georgia and dated to about 1.8 million years ago.

“The implications of all this are large,” Michael Petraglia of the Max Planck Institute for the Science of Human History who was not involved in the new study tells The New York Times. “We must re-evaluate our understanding of human prehistory in Eurasia.”

See “Humans Lived in Southeast Asia More Than 60,000 Years Ago”

Researchers based at the Guangzhou Institute of Geochemistry, Chinese Academy...

Study coauthor Robin Dennell tells The Times that the ability to make and use tools may be what allowed the hominins to travel so far. “Suddenly you had a primate that could obtain meat from a carcass, and it opened up a new world for them,” he says. “That simple technology was enough to get them out of Africa and right across Asia.”