ABOVE: A honeybee in a T maze. The black and white stripes guide the bee to a sucrose reward.
HANNA ZWAKA

Researchers at the Free University of Berlin have developed a method for directly recording the brains of honeybees as they navigate a virtual-reality environment. The team implanted electrodes into a region of the bee brain called the mushroom body, located in the front antennal lobe, to track neurological changes as the bees worked to complete a virtual maze, according to a study published last month (January 25) in Frontiers in Behavioral Neuroscience.

The experiment involved tethering honeybees to a Styrofoam ball “treadmill” and exposing them to a cone-shaped screen displaying images of their natural environment, while monitoring the electrical activity in their brains.

“The main strength of this study is the possibility offered by their setup to combine electrophysiological recording and a visual learning task,” says Aurore Avarguès-Weber, a behavioral scientist at the University of Toulouse who was not involved in the study.

Virtual reality (VR) has been used to study the behavior, physiology, and neuroscience of species from flies to rodents, but it wasn’t until recently that it had been successfully used to study bees. In 2017, Martin Giurfa, an animal behavior researcher at the University of Toulouse, became the first to create a VR environment for honeybees, using it to investigate the insects’ visual learning and their ability to transfer knowledge learned in the real world into a virtual environment.

The development of an effective VR setup for honeybees “was a big achievement,” says Giurfa. He says that the new study, which he did not participate in, shows how this technology can be paired with neural recording equipment, as has been done for fruit flies and mice, to gain more insight into mechanisms for learning and memory.

To achieve this pairing, Hanna Zwaka, a postdoc with the research group headed by neurobiologist Randolf Menzel, and her colleagues first demonstrated that the bees were effectively fooled by the virtual environment. The bees were trained to navigate a classic maze, following a series of yellow and blue stripes to a sucrose reward. Then, the researchers put the insects in the VR setup and displayed on the screen the same colored stripes as the bees had seen in the real-life maze. Sure enough, the bees walked toward the appropriate visual stimuli to solve the maze. “It’s a simple 3-D video game for honeybees,” says Zwaka. 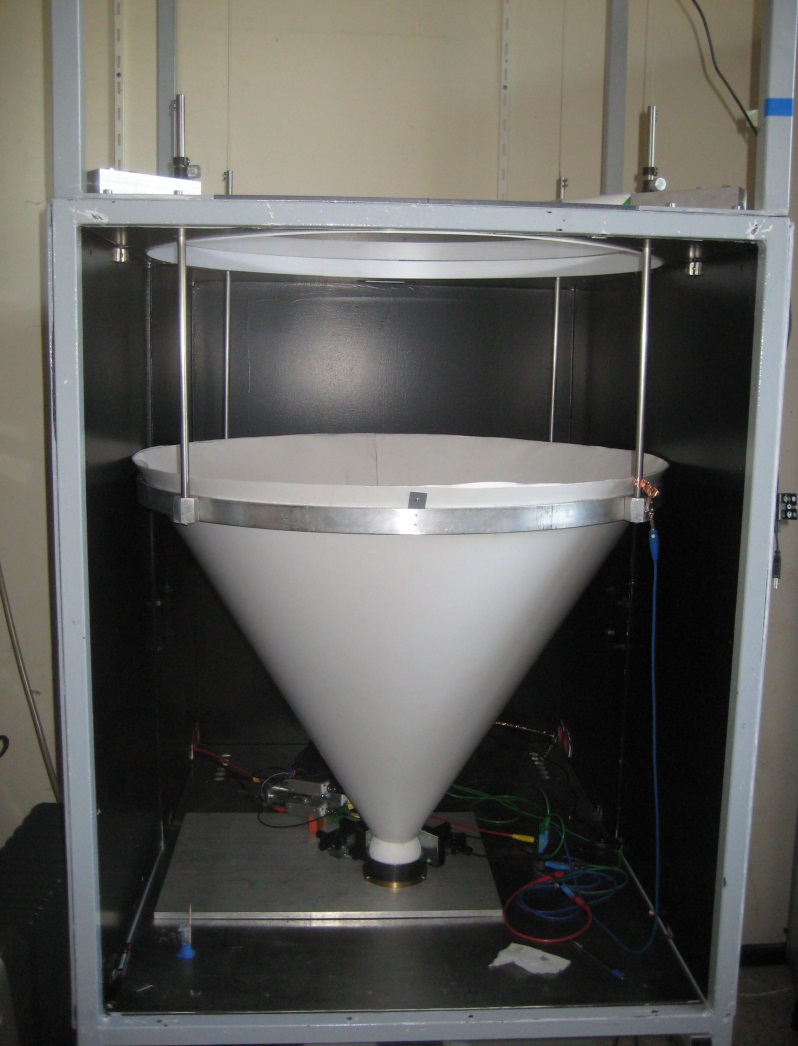 In a separate experiment, the group tested the bees’ ability to learn a maze solely in the virtual environment. This time, Zwaka and her colleagues implanted electrodes into the frontal lobe of their tiny brains to record changes in neurological signals. They specifically targeted the mushroom body, a region containing a variety of different neurons, as previous studies have demonstrated that the structure is involved in learning and memory.

Sure enough, the team documented significant changes in the mushroom body over the course of training. The type of responding cells shifted as the bees responded to stimuli, as did the number of cells firing and the response frequency, explains Zwaka. The authors suggest that these changes are a product of the visual learning that occurs as the bees get a handle on the virtual maze.

The bees never learned to follow the maze as consistently as they had in the first experiment, however. To Weber, this suggests that the observed neuronal changes don’t represent learning. “[The study lacked] convincing, significant learning performance,” she says. Weber believes that the heavy electrodes might have impaired the honeybee performance, weighing the bees down or making them uncomfortable. “More work seems necessary to validate their findings on the implication of mushroom bodies in visual learning,” she says.

Zwaka doesn’t know exactly why the bees trained in the virtual environment navigated the maze less consistently than those trained in the real world, but she wouldn’t necessarily call their performance “impaired.” The novelty of this recording setup means “there is no real performance you could compare it to. Maybe they don't perform exactly as we would expect during free flight.” But that does not mean that no learning occurred, she says.

She agrees that more research is needed to understand the results that the VR setup can produce. But she and her colleagues think it is one of the most promising techniques for investigating the neurological nature of learning in bees.

Better understanding of the honeybee brain could yield insights into human memory and learning, says Menzel, and the bee brains are easier to work with. “Under certain conditions, a small brain is much more convenient, and it’s more possible to go deeper into the cellular mechanisms and the network properties.”

But, he adds, “these tiny brains are more complex than we could ever imagine.” 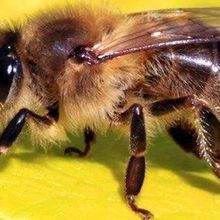 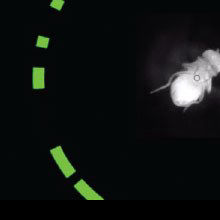 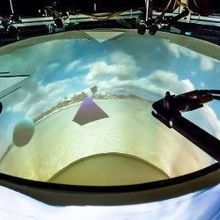