Targeting a protein important for chromatin organization could be a new strategy for male birth control. Proper regulation of chromatin dynamics is critical for proper sperm development, and mice with alterations in a protein that is central to chromatin organization are infertile. Now, scientists show that treating mice with a drug known to inhibit that protein impedes sperm development and renders the animals infertile—but halting treatment allows sperm production to restart and mice to sire normal litters.

The results, published today (August 16) in Cell, suggest that targeting this protein could produce a safe, reversible method for non-hormonal male contraception—a long-sought goal that has so far failed to materialize as an option alongside condoms and vasectomies.

“These are terrific results that are extremely promising [for male contraception],” said Diana Blithe, who researches male contraception at the National Institute of Child Health & Human Development, but did not participate...

Hormonal male contraception methods are already well-established, said Blithe. “We understand the hormonal system very well,” she noted. “We know the mechanism, why it works, how well it works, and how safe it is,” she explained, pointing out that male hormonal contraception works as least as well as a typical female oral contraceptive pill. But such contraceptives still have some significant hurdles to overcome before making it to market.

First, the strategy, which involves administering a hormone (usually a progestin) to halt production of testosterone and thus inhibit sperm development, does not suppress sperm production enough in every man. It also requires dosing with enough exogenous testosterone to maintain libido and muscle mass, but there’s currently no cheap and easily applied testosterone on the market. Furthermore, hormone-based male contraception can cause side effects. Unlike side effects for the female hormonal contraception, these can’t be balanced against the risks of pregnancy, which are often higher, noted John Amory at the University of Washington. Because men don’t run the same medical risks of pregnancy, there’s a higher bar for ensuring that contraception administered to healthy men doesn’t carry risks. Finally, despite worldwide surveys suggesting public receptiveness to a male contraceptive pill, pharmaceutical companies no longer fund development of such drugs.

Some of these issues have spurred researchers to look for a non-hormonal way to temporarily induce infertility in men, which should cause with fewer side effects and be more appealing to pharma. Amory’s work, for example, has shown that a compound that targets the retinoic acid pathway of sperm development reversibly inhibits sperm production. The drug’s potential is hamstrung by the fact that men taking the drug can’t consume alcohol without nausea—a side effect he’s currently working to circumvent.

The current study builds on previous work by Debra Wolgemuth at Columbia University showing that BRDT—a testes-specific member of a family of bromodomain-containing proteins, which are important for regulating chromatin organization in various tissues—was critical for normal sperm development in mice. Truncating BRDT has an “amazing effect on haploid sperm development,” said Wolgemuth, who was not involved in the current study. Removing the first bromodomain results in production of a shortened protein and, consequently, the aberrant organization and packaging of DNA in the sperm cells produced. Spermatids fail to elongate normally in mutant mice, resulting in decreased sperm production, misshapen sperm, and infertility.

In order to test the possibility that a BRDT-inhibiting drug, JQ1, might have potential as a male contraceptive, Martin Matzuk of Baylor College of Medicine and his collaborators injected male mice daily with the drug, and examined their testis volume. This volume, which reflects the amount of sperm in the testes, dropped by 60 percent over the 6 weeks of treatment. The sperm count of these mice was nearly 90 percent lower than in control mice, and sperm motility also plunged in JQ1-treated mice, collectively resulting in infertility. Though JQ1 is known to inhibit related proteins expressed elsewhere in the body, the mice seemed to have no other effects from JQ1 treatment, and normal hormone levels in treated mice suggested that infertility wasn’t the result of a hormone imbalance.

A closer look at sperm generation in JQ1-treated mice suggested that sperm development was primarily blocked after the sperm cells had undergone meiosis, but before they began the process of elongating—a similar stage to that seen in BRDT-mutant mice. Importantly, the mice regained the ability to sire pups after several weeks off the drug.

The reversibility of the treatment is likely attributable to the fact that the researchers are targeting sperm cells midway through development, rather than accessory cells that support sperm development from stem cells, noted Michael Griswold, who studies sperm cell development at Washington State University, but did not participate in the study. It’s “a great place to inhibit, because you don’t get sperm cells, but you don’t affect stem cells, which makes [the treatment] reversible,” he explained.

Whether JQ1 acts by primarily targeting BRDT and derailing chromatin organization or whether it inhibits other family members expressed during sperm development remains unclear. Matzuk and his colleagues examined gene expression in JQ1-treated and control mice, and saw decreased expression of many genes important for meiosis, suggesting that JQ1 may be working by affecting transcription of a suite of important genes for spermatogensis. Also, because JQ1 also inhibits BRDT-related proteins, researchers need to be watchful for long-term side effects not detected in the current study, Matzuk noted. Going forward, it will be important to design drugs that selectively target BDRT.

“The challenge is finding a novel specific inhibitor [of BRDT], and making sure it’s safe and effective,” said Amory. “But in terms of first steps, this one’s an A.” 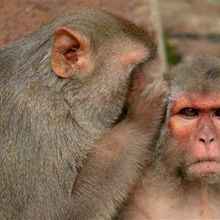 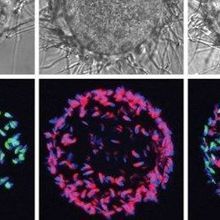