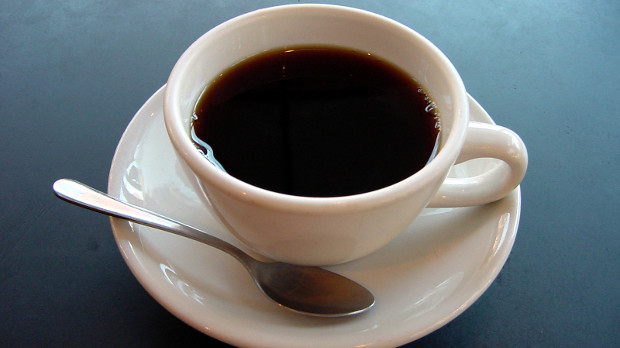 WIKIMEDIA, JULIUS SCHORZMANCoffee, tea, and other caffeinated drinks can make a person feel more awake and alert, but new research suggests that, when consumed in the evening, caffeine might also delay the body’s internal clock. A paper published in Science Translational Medicine today (September 16) shows that people given a dose of caffeine a few hours before their normal bedtimes exhibited a delay in their circadian rhythms of more than half an hour.

“We already knew that caffeine is a stimulant and can keep you awake and make it difficult to fall asleep at night if taken too close to bedtime,” said behavioral neurologist Charmane Eastman of Rush University in Chicago, who was not involved in the work. “This study shows that caffeine can also make your internal circadian body clock later, which could make it difficult to fall asleep the next night even if you don’t take...

A person’s circadian rhythms are established by a variety of temporal cues such as sunrise and sunset, feeding times, body temperature fluctuations, and levels of certain hormones. And resisting these cues is hard. Many people’s sleep and daily routines are disturbed by the one-hour shift to daylight saving, for example, let alone by a long-haul flight across multiple time zones. Yet these latest results from Kenneth Wright and his colleagues at the University of Colorado, Boulder, and John O’Neill at the MRC Laboratory of Molecular Biology in Cambridge, U.K., suggest that shifting one’s sleep-wake clock might be as simple as drinking a well-timed cup of coffee.

Caffeine is thought to induce wakefulness by binding adenosine receptors on brain cells, causing the release of excitatory neurotransmitters. But recent evidence suggests this might not be caffeine’s only effect. “There had been research done in other species like algae and fruit flies suggesting caffeine could impact the circadian clock,” said Wright, “but nothing had been done in humans.”

For the present work, Wright and colleagues gave study participants caffeine pills—equivalent to a double espresso—three hours before the subjects’ habitual bedtimes and took saliva samples every half hour or so to measure the levels of melatonin—a hormone that accumulates in the body in the hours or darkness and signals the onset of sleep. The caffeine pills caused the subjects’ normal nightly melatonin peaks to be delayed by approximately 40 minutes.

In separate positive control experiments, the team exposed the same participants to three hours of bright light at bedtime—known to delay the circadian clock. This light exposure, equivalent to that of the midday sun, delayed the subjects’ melatonin peaks by approximately 85 minutes. Combining the bright light exposure with the caffeine consumption did not significantly increase the melatonin delay, possibly because the light intensity had already maximized the shift, the authors speculated.

O’Neill then examined human cells to figure out the molecular mechanisms involved in the circadian delay. Caffeine treatment of human osteosarcoma cells has previously been shown to delay the oscillations of circadian clock gene reporters, and O’Neill discovered that this effect was dependent on the adenosine A1 receptor. Caffeine’s stimulatory effects, on the other hand, have been shown to largely depend on the adenosine A2A receptor, providing a molecular explanation for caffeine’s different but related effects.

“One interesting property of the circadian clock is that whereas a light pulse late in the evening delays our rhythm, a light pulse in the morning advances it,” said molecular neurobiologist Malcolm von Schantz of the University of Surry, U.K., who was not involved in the work. “This paper only reports the results of a single time point, and one could hypothesize that in a similar fashion, a dose of caffeine in the morning may help advance our rhythms.” If so, he added, “then a strong coffee in the morning will both help our wakefulness and the synchronization of our body clocks.”

Wright and his colleagues plan to examine the clock-shifting effects of caffeine in the morning and at other times of day. “Now we have to think about properly timed use of caffeine,” he said, because although caffeine consumption in the evening is generally ill-advised, it could help people overcome jet lag when traveling westward.

The question, he added, is: “If we time it appropriately, can we help you beat the jetlag without disturbing your sleep?”