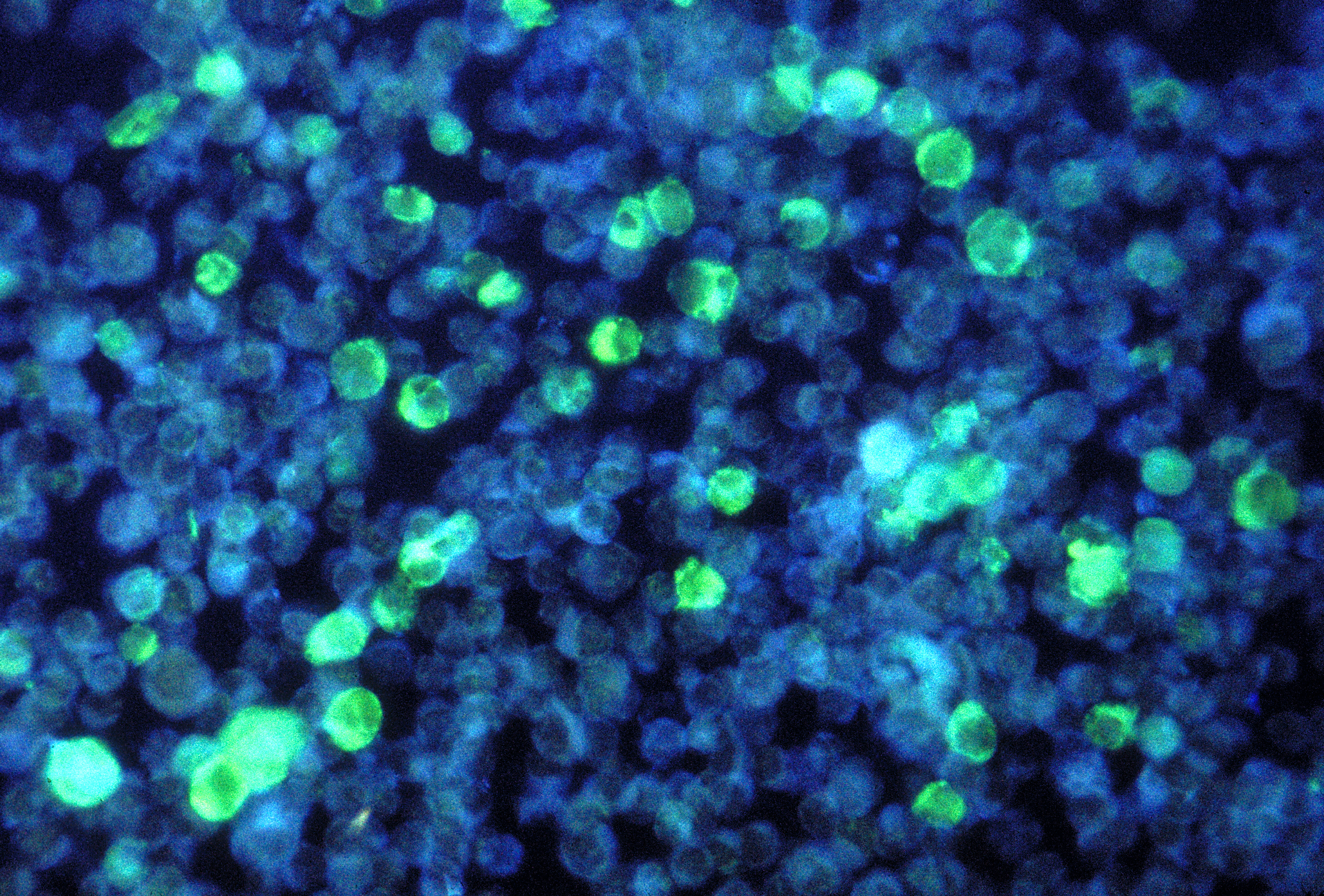 When Epstein-Barr virus (EBV) causes cancer, it usually does so by hijacking two cellular mechanisms. First, the virus deregulates MYC so that B cells can rapidly replicate. Then, the virus overrides the B cell’s built-in failsafe—programed cell death—by silencing an apoptotic gene, BCL2L11 (Bim). Now, in a November 10 study published in eLIFE, researchers describe one mechanism by which EBV controls the expression of these genes.

The two genes are “really important in cancer development,” said coauthor Michelle West, a biochemist at the University of Sussex, U.K. “We know the virus produces proteins that control these genes. We were interested in understanding how it turns on MYC and switches off another gene called BCL2L11.”

EBV, one of the first oncoviruses discovered, infects more than 90 percent of the adult population but seldom causes any disease, let alone...

When EBV does cause cancer—often in immunocompromised patients or people living in areas with high rates of Malaria—it infects B cells, compelling the cells to multiply while preventing them from performing apoptosis. Researchers have long known that EBV accomplishes this by using enhancers, DNA regions that control specific genes from afar, but the specifics of that process were until now a mystery.

“MYC has a kind of double life that drives cell replication but also causes cell death,” said Paul Farrell, a tumor virologist at Imperial College London who was not involved in the study. “This helps explain how Burkitt’s lymphoma works. Almost any mechanism you can think of for preventing apoptosis, you can find an example of that if you look through enough cases of Burkitt’s lymphoma.”

For the present study, West and colleagues focused on human B cells that had been infected with EBV, demonstrating that the virus reorganizes the DNA loops that form between the MYC and BCL2L11 genes and their enhancers—encouraging certain enhancers to switch the MYC gene on, while silencing the BCL2L11 gene by [severing/dampening] the connection to its enhancer. The researchers also discovered new enhancers that control the activity of the BCL2L11 gene, and found that reversal of enhancer inactivation using an EZH2 inhibitor can induce apoptosis.

West hopes that the study will eventually lead to better methods for treating EBV-associated cancers. “Theoretically, if you switch the [Bim] gene back on you should be able to trigger cells to die, and that’s exactly what we showed,” she said. “It’s a very attractive target. The drugs we used are in preclinical trials at the moment, so that raises the potential for drug treatments in the future.”

Although Farrell agreed that the research could ultimately contribute to better treatments for EBV and certain blood cancers, “any application is quite a bit down the line, to be honest,” he said. “In principle, you could imagine that there could be specific inhibitors of the MYC activity or things that would reactivate the BCL2 locus. But I think [this particular study] is more about understanding the detailed mechanism.”

In future studies, West’steam intends to investigate how EBV hijacks enhancers to control other genes associated with blood cancers—hopefully learning how other, unrelated cancers hijack host cells along the way.

“We’ve looked at two genes, which is obviously interesting, but we want a wider view,” she told The Scientist. “You have a virus here that is telling you how to change a cell.”

“These mechanisms are a roadmap of how to go from a normal cell to a cancer cell,” West added.