ABOVE: An iceberg fracturing off the Antarctic Peninsula
JEROEN INGELS

This month, Arctic sea ice shrank to its second lowest level on record, while the Antarctic Peninsula is one of the most rapidly warming places on the planet. The calving of the world’s largest iceberg—a 1-trillion-ton mass called A-68 that split from the Larsen C ice shelf in 2017—is one of almost a dozen significant ice shelf loss events at the southern pole in the past few decades. Under a “business as usual” climate scenario, in which carbon emissions continue unabated, it is estimated that the melting of Antarctic ice will cause global sea level to rise up to three times as much as it did in the last century.

To better understand how climate change is shaping Antarctic ecosystems, the National Science Foundation sponsored a workshop in November 2017, bringing together almost 40 interdisciplinary researchers to assess the current state of knowledge regarding ice shelf loss and identify critical information gaps. Their review, published yesterday (October 5) in WIREs Climate Change, pulls from decades of research that have already noted changes to Antarctic ecosystems due to ice shelf thinning and retreat.

The Scientist spoke with Jeroen Ingels, a marine ecologist at Florida State University and the lead author of the new study, about the most pressing takeaways from the team’s findings.

The Scientist: When people think about Antarctica, they're thinking about penguins, arguably the most iconic residents. But who are the other major players in the Antarctic food web?

Jeroen Ingels: It’s mainly the large organisms associated with the ice, [such as] penguins and whales. Both feed on krill, which have cycles that are associated with the appearance and disappearance of sea ice. Then you have phytoplankton blooms, and increasingly more salps [gelatinous invertebrates] as well. So there’s this food web that’s situated in the open sea. But of course, all of that is also connected to the bottom, benthic environment. You have lots of different benthic organisms, from microbes to meiofaunal, macrofaunal, and megafaunal species.

The seafloor beneath ice sheets is analogous to the deep sea, where originally it was considered azoic [lifeless] until people started looking. But a few decades ago, they were able to drill a hole through the ice and peer down, and you see there’s actually quite a bit of life there.

TS: What is going to happen to that food web as climate change takes place and ice melts?

JI: I think one of the important things to realize is that it's not going to be uniform. We like to think of climate change as a warming climate all over, but we know very well now that it’s going to be different in different places. The same is true for the Antarctic. Some places ice is disappearing and other places it’s growing.

In areas where the ice disappears, the whole system on the seafloor is going to change. The distribution of species that are dependent on sea ice production will shift closer to shore in the place where the ice shelf used to be. Phytoplankton blooms can come into these areas . . . that are able to send food down to the sea floor. Species that are adapted to the dark depths are going to be invaded by species that are more adapted to exploiting the new food sources. All these ecological matches that were once standard suddenly turn into mismatches, and trying to figure out what the consequences will be is quite difficult to do.

All these feedback loops are increasing the rate at which [ice shelves] are breaking off and collapsing, and it seems like they are poised to make this place disappear as fast as possible.

TS: What is happening to Antarctic ice sheets in the Anthropocene and how is that different from what has happened in the past?

JI: The ice sheets are clearly melting, and the timescales and the rapidity [are unprecedented]. It happens, but it happens over tens of thousands of years. It doesn't happen in a few decades. But the warming itself is changing oceanographic patterns, causing melting at the base of the ice shelves. All these feedback loops are increasing the rate at which [ice shelves] are breaking off and collapsing, and it seems like they are poised to make this place disappear as fast as possible.

TS: In the review, you called the thinning of the ice shelves “unpredictable.” What makes it so difficult to predict?

JI: It’s the interactions between the atmosphere and the ocean, and the variable climate patterns in different regions of the Antarctic, that make it difficult for models to speak specifically to how much ice is thinning. It’s a lot for any model to calculate what exactly is going to happen and how long it’s going to take. I think that’s something that scientists are working really hard on, but they haven’t quite solved the resolution needed to address those particular questions.

TS: What is it going to take to establish the long-term, collaborative, interdisciplinary initiatives needed to address the challenges of studying the Antarctic?

JI: I think it has become quite clear that research investment [is needed] in infrastructure, in science, and in time to tackle the big questions in the Antarctic. Look at space programs, you ask one huge question and you get hundreds of millions [of dollars] in funding for [decades]. We have an ethical obligation to start understanding what is happening to our planet that . . . we are actually dependent on. I think it’s reasonable to say that we should increase our efforts to try and understand it, and to make it perhaps a bit more livable and manageable. 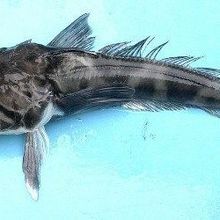