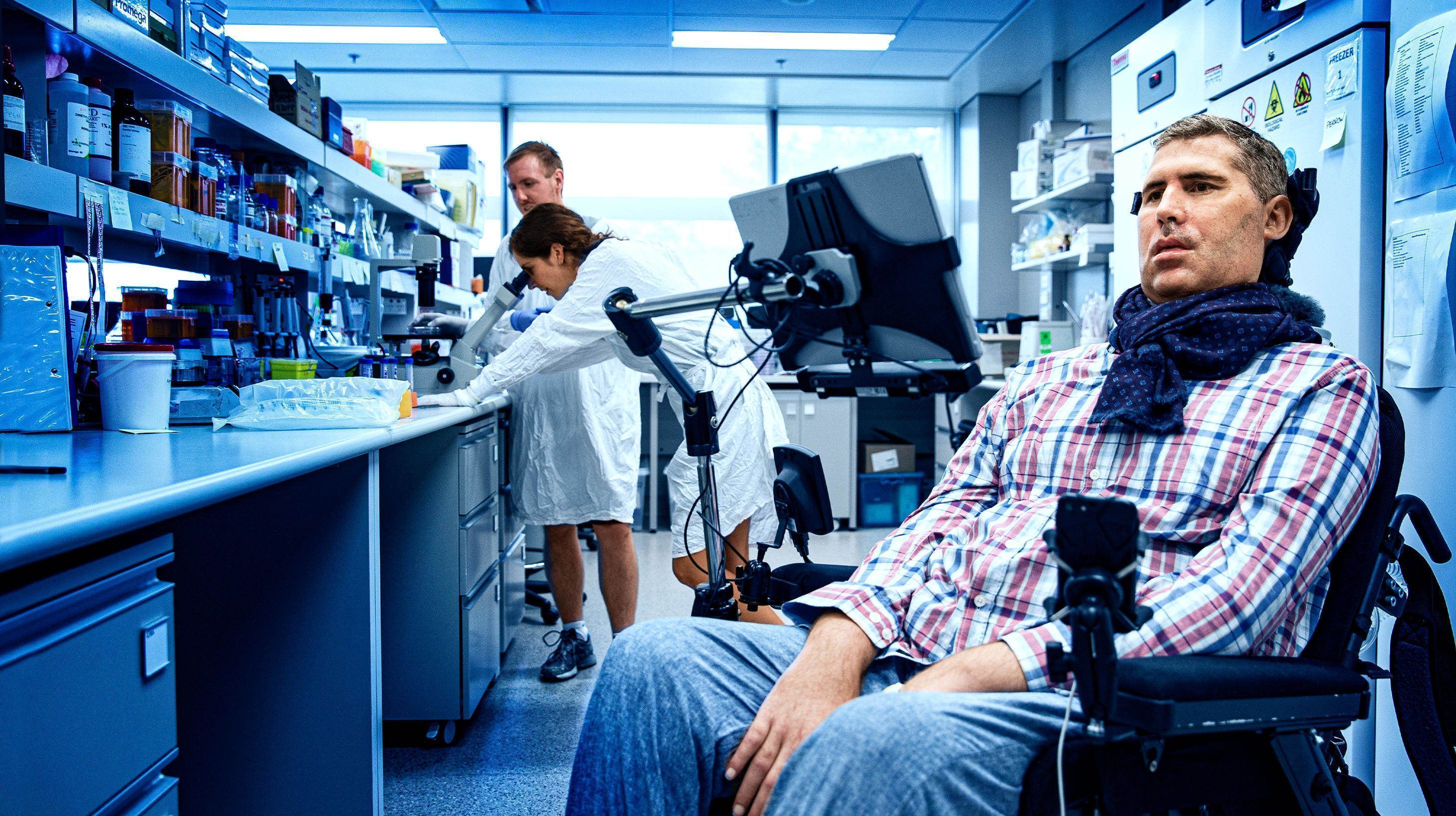 According to a 2019 National Science Foundation report, only 10 percent of employed scientists and engineers self-identify as having at least one disability, despite that fact that almost 20 percent of all undergraduates self-report the same, with disabled undergraduates enrolling in STEM programs at roughly the same rate as those without. These statistics are likely an underestimate of the true number of scientists living with disabilities, as a culture of stigmatization and ableism—discrimination that favors people with typical physical and mental abilities—in academia makes the choice over whether to disclose a disability a difficult one, according to a commentary published May 18 in Trends in Neuroscience.

Justin Yerbury, a molecular biologist at the University of Wollongong in Australia who coauthored the report with his wife, Wollongong psychology researcher Rachael Yerbury, studies motor neuron diseases, including a rare form that he himself was diagnosed with in 2016. Yerbury has amyotrophic lateral sclerosis, otherwise known as Lou Gehrig’s disease, which causes nerve cells in the brain and spinal cord to break down, leading to a loss of muscle control. In the piece, the Yerburys write that disabled scientists “may feel misunderstood, undervalued, defined by their disability, or worse—dismissed as not being able to contribute or compete in academia,” leading them to keep their differences a secret, or in some cases, to avoid STEM entirely.

Justin Yerbury answered questions by email about what prompted him to write the piece and how academia can be more inclusive of scientists with disabilities.

The Scientist: Can you tell me a bit about the impetus for writing the piece?

Justin Yerbury: I had just been through the process of assisting the National Health and Medical Research Council (Australia’s primary medical research funding body) with an update to their Relative to Opportunity policy to be more inclusive of people with a permanent disability and I wondered why this lack of disability access hadn’t been pointed out before. While this rattled around in my brain for a while I saw something on Twitter that made me wonder if people with a disability were not actually revealing their disability in grant applications, job applications and promotion applications. I posed the question to the disabled in academia community on Twitter and the responses inspired me to explore this further.

I am interested to hear from academics who identify as having a disability';.

How likely are you to reveal your disability to i)
faculty and ii) funding agencies?@DisabledAcadem

TS: You mention in the piece that, at least in the UK and Australia, undergraduate students with disabilities roughly match the proportions found in the general population, and yet the same is not true in later academic careers. Why is that?

TS: What do you think would immediately change if expectations in academia were being set by a more diverse collection of academics?

JY: There are other groups that are also underrepresented that would also benefit from a more inclusive academic community. I think that if opinions were to change tomorrow we would still need time for opportunities to arise and for people with a disability to find their place. With years or decades of ableism I don’t think that there is an immediate fix but what it would do is hopefully set the standard for current students so that they don’t have to fight for access.

If anything positive has come from the COVID-19 pandemic, it has shown us that the way things have been done in the past can change and that different ways of doing things are not only possible but are more inclusive. That can only be a good thing.

TS: You mentioned that some institutions, including your own, are supportive of their disabled staff. What has that looked like for you?

JY: The University of Wollongong has provided accessible tech for me in terms of computers and software that helps me communicate and continue to work. In addition, access to my office has been improved with automatic sliding doors and parking under my building. In addition, the University has provided administrative support to help with certain aspects of academia.

TS: You talk about the historical use of the ‘medical model explanation’ to describe disabilities. Can you explain a bit about what that means and how it disadvantages those living with disabilities?

JY: The medical model explanation of disability implies that there is something ‘wrong’ with people that have a disability and that they are not a complete person. That is, people with a disability have deficits. The deficit approach presumes that a disability is a disadvantage and a liability, meaning that we can never be viewed as an equal to our peers.

Rather than seeing differences as a liability we must see diversity and the lived experience it brings as an asset.

TS: How would you describe the difference between equality and equity, and what does that look like in the context of accommodating disabilities in STEM?

JY: Put simply, equality means that everyone is given the same opportunities. While equity is the ability to recognise that each individual has a distinct set of circumstances which is then utilized to reasonably adjust opportunities to achieve an equal outcome.

What this looks like in STEM is policies that apply to everyone, for example funding criteria, that in some instances disadvantage those with a disability. For example, the National Health and Medical Research Council of Australia didn’t provide an opportunity for me to explain my permanent disability in my grant application meaning my outputs were directly compared to able bodied researchers without taking my disability into account.

TS: Is there anything else you would want our readership—largely an audience of academics—to know about how they can best support their colleagues and students?

JY: If anything positive has come from the COVID-19 pandemic, it has shown us that the way things have been done in the past can change and that different ways of doing things are not only possible but are more inclusive. That can only be a good thing.