Imaging of neurons in the brains of living mice reveals how synapses between cells are eliminated in response to stress and reinstated by an antidepressant dose of ketamine. The findings, which are presented in Science today (April 11), show that while ketamine-induced changes in behavior precede this synaptogenesis, the increased connectivity is required to maintain the drug-modified behavior.

“It’s beautiful work. It’s very elegant and technically sophisticated,” says neuroscientist Jason Radley of the University of Iowa who was not involved with the research. “I think this paper is poised to make a significant contribution.”

“They trace the whole [process] from before stress, after stress, and then after ketamine,” says psychiatrist and neuroscientist Alex Kwan of Yale School of Medicine who also did not participate in the research, “and they have some very interesting findings in terms of how ketamine affects prefrontal cortical circuits.”

The paper is also “quite timely,” continues Kwan, explaining that although last month the United States Food and Drug Administration approved esketamine—a relative of ketamine—for use as an antidepressant, “we still know very little about how [it] works on the brain.”

In clinical trials ketamine has been shown to have dramatic, fast-acting antidepressant effects, altering the mood and behavior of patients within hours. And the drug has similarly fast effects on stressed rodents, providing an experimental model in which to examine the neurological basis of mood transitions. Studies of chronic stress and ketamine treatment in rodents have indicated, for example, that stress leads to the loss of dendritic spines—cellular protrusions that form synapses—in brain cells, while ketamine promotes spine formation. With most data having been obtained from sacrificed animals, however, the dynamics of spine formation and whether it drives the behavioral changes is largely unknown.

Conor Liston of Weill Cornell Medicine and colleagues have now followed the course of chronic stress and treatment within live animals. The team used a previously developed imaging technique involving the permanent insertion of a tiny prism into the animal’s brain to enable visualization under a microscope of cells deep within the cortex.

Using this approach the team could view neurons engineered to produce fluorescent proteins and markers of activity in mice that had been chronically stressed. The animals were either repeatedly dosed with corticosterone—the main stress hormone in rodents—via their drinking water, or were repeatedly restrained, which also raises stress hormone levels. Behaviorally, such mice behave differently than unstressed animals, struggling less when suspended by their tails, showing a reduced preference for sucrose, and becoming less exploratory. When given ketamine, however, the animals revert to activities of a nonstressed animal within a few hours.

Imaging revealed that, during stress, prefrontal cortical neurons, as previously shown, lost numerous dendritic spines. In line with these losses, the cells also exhibited less functional connectivity. That is, the numbers of cortical cells firing in unison decreased, as did the frequency of such ensemble activities.

Upon ketamine treatment, these stress-associated cellular changes were largely reversed. However, while the unified firing activity was restored quickly—following a similar time path to that of the behavioral changes, spine regrowth was delayed by 12 to 24 hours. This was “unexpected,” says Liston. Based on previous studies, “the assumption was that spines played some critical role,” he adds.

Further experiments indicated that spine regrowth serves to maintain rather than promote the behavioral changes. When ketamine-induced spines were quickly eliminated (using a combination of clever genetics and light stimulation), the behavior of mice in the tail suspension test returned to that of apparently stressed mice when tested after two days. In treated mice whose synapses were not eliminated, by comparison, the nonstressed behavior lasted up to a week after the ketamine dose.

“This is a very important study that provides evidence that ketamine-induced changes in neuronal structure underlie its sustained antidepressant effects,” chemist and neuroscientist David Olson of the University of California, Davis, who was not involved in the study writes in an email to The Scientist. Going forward, he adds, “Strategies aimed at stabilizing these structural changes could prolong the therapeutic effects of ketamine and related compounds.” 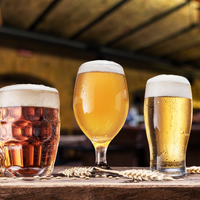