Democrats won a majority of seats in the House of Representatives as Republicans strengthened their grip on the Senate in the US midterm elections yesterday (November 7). How will the election results affect science, health, education, and the environment? It’s a bit of a mixed bag.

More than 10 of the candidates with science, technology, and healthcare backgrounds who ran for national offices in the midterm elections won their races, as did many running for state offices.

Representative Eddie Bernice Johnson (D-TX), who won reelection last night, is expected to be the new leader of the House science committee, succeeding Lamar Smith (R-TX), who is retiring, Science reports. Johnson, the first nurse elected to the US Congress, says in a statement that she believes Congress should “address the challenge of climate change, starting with acknowledging it is real, seeking to understand what climate science is telling us, and working to understand the ways we can mitigate it.” This is a sharp reversal from Smith’s position as a climate change denier.

“Just hit me that the House Science Committee will, for the first time in nearly a decade, be led by someone who accepts mainstream climate science,” Earther managing editor Maddie Stone writes on Twitter.

Healthcare concerns were the issue most important to voters, according to exit polls, STAT reports. Current House Minority Leader Nancy Pelosi (D-CA) is expected to be the next House Speaker, and she wants to protect the Affordable Care Act (ACA), Medicare, and Medicaid, as well as curb prescription drug prices. But with a Republican-controlled Senate and a Senate Majority Leader, Mitch McConnell (R-KY), determined to repeal the ACA, it could be a fight.

As for education, the Democrats’ House win could mean more oversight for the Department of Education, led by Betsy DeVos, according to the Chronicle of Higher Ed.

On the environmental front, many ballot initiatives aimed at slowing climate change were voted down, including one to shift energy use toward renewable sources in Arizona and another to limit oil and gas drilling on state-owned land in Colorado, The Washington Post reports. And a carbon tax was voted down in Washington state, Vox notes. 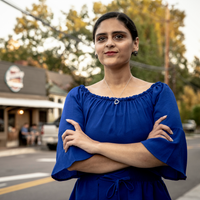 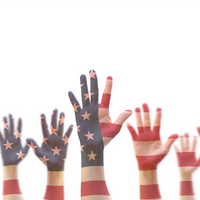