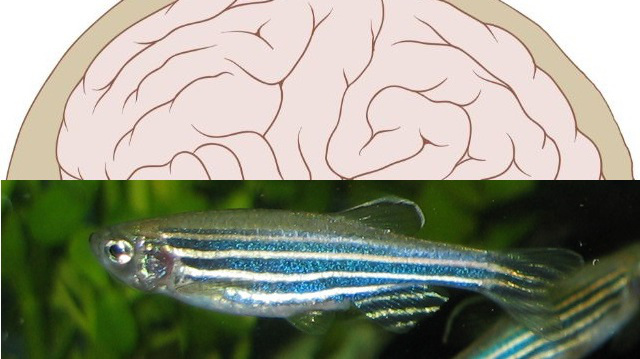 TOP: WIKIMEDIA, PATRICK J. LYNCH; BOTTOM: WIKIMEDIA, AZUL Reductions in both insulin production and an impaired physiological response to insulin release, which lead to elevated blood sugar, are hallmarks of type 2 diabetes. Less well-known are the cognitive effects of the metabolic disorder. “Diabetes does affect a number of cognitive domains, the main being executive functions, memory, learning, and concentration,” said Rodrigo Mansur, a psychiatry clinical and research fellow at the University of Toronto.

These effects aren’t always dramatic, explained Yong-Wook Shin, an associate professor of psychiatry at the University of Ulsan College of Medicine in South Korea. When it comes to the brain, he said, type 2 diabetes has “a subtle effect, but it can be detected.”

That type 2 diabetes can affect memory, learning, and concentration makes sense, according to computational cognitive neuroscientist Dae-Jin Kim of the Indiana University Bloomington. “Our brain consumes about...

“In terms of the brain architecture,” said Indiana University’s Kim, an author of the study, “it can be assumed that specific functions are happening in single brain regions. For example, our vision is located in the visual cortex of the brain and our auditory function is located in temporal regions of brain. These functions should be integrated optimally for global brain activity.” This first idea is known as segregation—the way the brain divides itself into separate, specialized areas. Integration, meanwhile, describes how these separate areas form networks and share information with one another.

The researchers didn’t expect segregation to be impacted by diabetes, but the cognitive deficits observed in patients with the metabolic disorder suggested integration might be impaired. The team took magnetic resonance imaging (MRI) scans of the brains of diabetic patients and healthy controls, marked off 144 different regions with specialized activity, and analyzed the functional connections between them.

Kim and colleagues found that, in people with diabetes, the path lengths between the different regions were longer than those seen in controls, reducing the efficiency of those connections. And the white matter of diabetic patients seemed structurally disrupted. These effects would likely impair the way information is communicated throughout the brain, which could result in any one of the various cognitive deficits associated with diabetes.

“Chronic, uncontrolled hyperglycemia may induce tiny changes in the white matter tract, which may force changes in the brain network,” said study coauthor Min-Seon Kim, a professor at the University of Ulsan College of Medicine.

“It makes a lot of sense,” said Mansur. “The consensus opinion is that cognitive deficits—not only in diabetes, but in other conditions, as well—are driven by structural abnormalities.”

“We don’t know how this will apply to patients with well-controlled diabetes,” Mansur added, “but that’s for future studies.”

Separately, a team led by researchers at the French Institute of Health and Medical Research (INSERM) examined the effects of hyperglycemia on neurogenesis in zebrafish. The group’s results were published this month (July 4) in The Journal of Comparative Neurology.

“We used zebrafish because they’re becoming a very advanced model for studying many human diseases,” said study coathor Nicolas Diotel of the University of La Réunion.

The team exposed adult zebrafish to either a single exposure of elevated blood sugar or a continuous exposure over the course of two weeks. After 24 hours, the animals showed normal levels of neurogenesis. However, after 14 days of elevated blood sugar levels, the fish displayed drastic decreases in neurogenesis—between 50 percent and 65 percent reductions in some brain areas. And, following brain injury, the fish with short-term elevated blood sugar appeared to be able to regenerate neurons within the damaged region as usual, whereas the animals that experienced longer-term hyperglycemia could not.

Diotel’s near-term goal is to improve this zebrafish model. Going forward, he would like to test potential treatments to repair the deleterious effects of hyperglycemia on the animal’s brain. “The advantage of zebrafish is that when you have the model, you can test a lot of compounds for investigating therapeutic ways to restore neurogenesis to normal levels in hyperglycemia,” Diotel said.

“It’s a natural question,” said Mansur, who was not involved in either study, “especially when dealing with cog. dysfunction, which we don’t have a lot of well-established treatment[s] for.”

“I think the fMRI [functional MRI] can be used as a tool for evaluating diabetes-induced changes in the brain network,” said Min-Seon Kim of the University of Ulsan College of Medicine. “We still need to study further how these alterations can be treated.”

“We need to go in a mechanistic direction to understand the why here,” added Mansur. “Why hyperglycemia? Why diabetes? Why is this driving the cognitive dysfunction?”

These answers are needed to answer to next question, he added, which is: “How can we use this to treat patients better?”