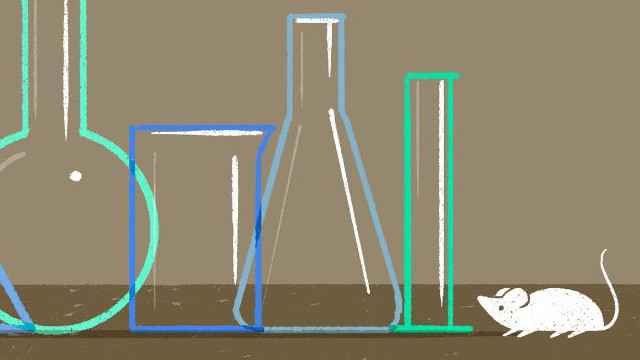 “Following our previous observations that young mouse plasma can functionally improve the behavior [of old mice], this study now shows that human blood may actually have similar factors,” coauthor Tony Wyss-Coray of the Stanford University School of Medicine in Palo Alto, California, told The Scientist.

The authors “went the extra mile to demonstrate that this protein, TIMP2, is in fact enriched in umbilical cord plasma, but also that it’s a systemic factor that is found in young mice and then decreases in mice with aging,” said Greg Valdez of the Virginia Tech Carilion Research Institute in Roanoke, who did not participate in the work. “And then they did a series of...

Wyss-Coray and colleagues injected human plasma from umbilical cords, young adults, and elderly adults intravenously into older, immunodeficient mice that showed reduced neurogenesis, synaptic plasticity, and cognitive function. The animals that received cord plasma experienced increases in expression of memory- and plasticity-related genes in the hippocampus, as well as in activation of hippocampal cells. The cord plasma–treated mice also showed increased synaptic plasticity and performed better in behavioral tasks that measure learning and memory than did control mice.

The team then analyzed protein changes in human umbilical cord, young adult, and elderly adult plasma, as well as in plasma from mice of different ages, identifying TIMP2 as a candidate plasticity-promoting factor. TIMP2 is elevated in human cord and young mouse plasma, and its levels decrease as mice age, both in plasma and in hippocampal cells.

Next, the team injected older, wild-type mice with radiolabeled TIMP2, which they then detected in the animals’ brains. Recombinant TIMP2 injections in older mice increased synaptic plasticity in the hippocampus, and improved learning and memory, the researchers reported.

When they injected young mice with anti-TIMP2 antibodies to neutralize the endogenous protein, the animals’ performance on a spatial memory task deteriorated. Treating young mouse brain slices with anti-TIMP2 antibodies also led to a decrease in synaptic plasticity, the team showed. Finally, injecting TIMP2-depleted human umbilical cord plasma into immunodeficient mice did not lead to improvements in cognitive function, suggesting that the benefits of cord plasma rely on the presence of TIMP2.

“This is exciting,” said Roberta Diaz Brinton of the University of Southern California and the University of Arizona, who was not involved in the work. Brinton said that one open question is whether just one protein is responsible for the cognitive benefits.

“We still believe that there are multiple factors responsible for the effects, but we were surprised to see how prominent of an effect TIMP2 had,” Wyss-Coray told The Scientist. His group plans to investigate whether other proteins are involved, as well as how TIMP2 exerts its influence. Going forward, the team hopes to evaluate whether TIMP2 could be developed into a therapeutic agent.

“It seems to have pro-plasticity effects in these aged mice, which is terrific. Obviously, this is of great interest for the aging population,” Brinton said. But before this work moves into humans, she cautioned, “there are a lot of safety and exposure analyses that have to be done.”

Valdez said that the therapeutic potential could extend beyond TIMP2—to endogenous factors that cause levels of the protein to decrease with aging. “If we can understand the underlying reasons why it’s reduced, maybe we can devise ways to then prevent that natural reduction, to slow age-related cognitive decline,” he said. “That will be a much better intervention because you’re actually working with the endogenous protein, rather than having to administer [TIMP2] and dealing with side effects of too much or too little.”